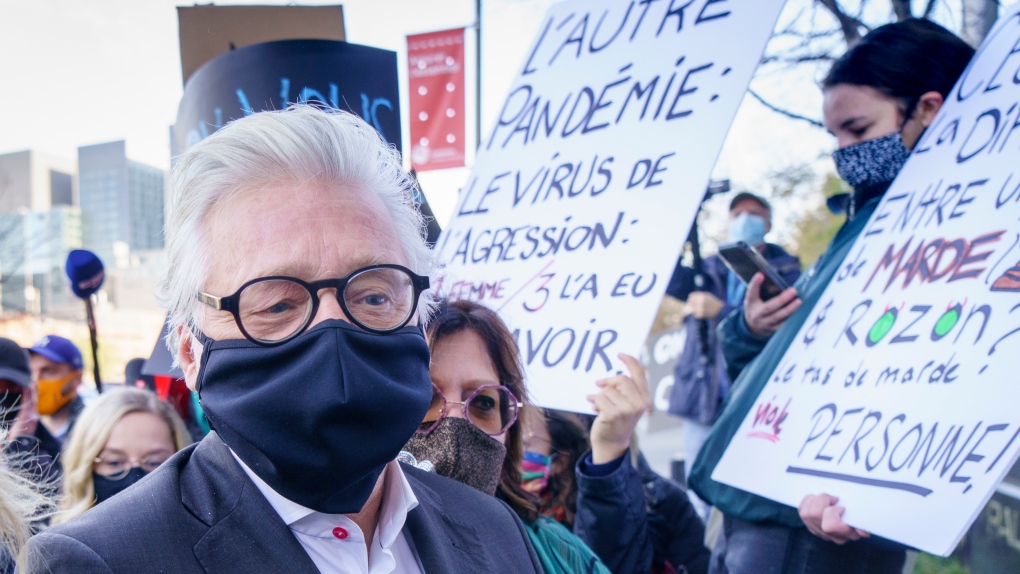 MONTREAL -- Quebec entertainment mogul Gilbert Rozon is facing a new lawsuit, this time from the complainant in the criminal case in which he was acquitted six months ago.

Lawyers for Annick Charette filed a $1.3-million lawsuit against Rozon on Wednesday, the fourth woman to sue the founder of the Just for Laughs Festival in recent months in connection with alleged sex assault or harassment.

Charette is seeking compensation for the alleged crime from 1980. The judge in the criminal trial granted her request to lift the court order protecting her identity.

Wednesday's filing says Rozon's testimony during the criminal trial last year was an "imaginary, absurd version and humiliating for the victim," and was akin to being re-victimized.

Rozon had been charged in connection with events alleged to have taken place in 1980. The wording of the charges is based on what was in the Criminal Code at the time.

He was found not guilty by a Quebec court judge of rape and indecent assault last December against Charette, but the judge had said that while there was reasonable doubt, it didn't mean the alleged crimes did not occur.

Charette says in the filing that more than 40 years after the alleged attack, she still feels anger, shame and guilt. The trial, she says, only served to reaffirm those feelings.

She is seeking $300,000 in moral damages and $1 million in punitive damages from Rozon.

This report by The Canadian Press was first published June 23, 2021.