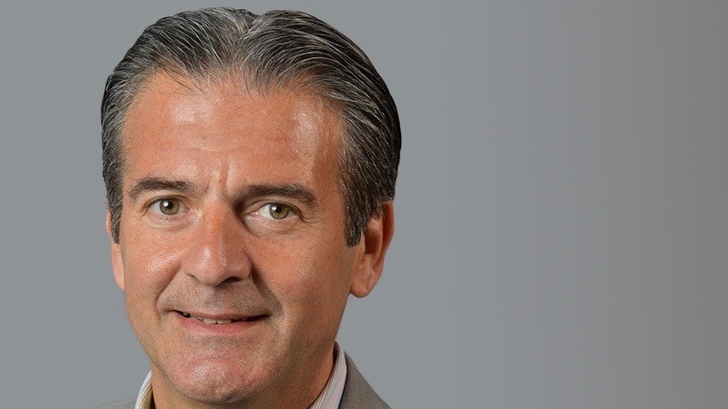 A group of doctors and researchers are calling on the MUHC Research Institute to revoke the hiring agreement of the Institute’s newly-named Executive Director and Chief Scientific Officer Dr. Constantine Stratakis over allegations of sexual discrimination. (Photo: McGill University)

MONTREAL -- The Board of Directors of the Research Institute of the McGill University Health Centre (RI-MUHC) announced Wednesday that Dr. Constantine Stratakis has decided not to take on the Institute’s top job.

He was scheduled to start later this year.

In a statement, the board said, “The Board of Directors of the Research Institute of the McGill University Health Centre (RI-MUHC) acknowledged today Dr. Constantine Stratakis’ decision to withdraw from his RI-MUHC and associated appointments at the MUHC and McGill University. Dr. Stratakis, who was scheduled to take up his responsibilities on June 1, 2020, confirmed that circumstances beyond his and his family's control forced him to reconsider their future”.

On Tuesday CTV News revealed that a large number of staff at the institute had signed a letter asking that Stratakis not be given the job, in light of allegations made by employees who work or worked with him at his current position in the United States.

"I am glad Dr. Stratakis took this inevitable step," said one doctor who signed the letter. "He had lost all trust before he even got here. I am relieved but this is not the end of the story. Why did the board ignore concerns raised to them and offer him the position despite being aware of the allegations against him? Why did they not inform the selection committee? Many of us are demanding that the board reveal their rationale."

This is a breaking news update. Our original story follows:

Citing accusations of sex discrimination, a large group of staff are calling for the removal of the newly hired head of the MUHC Research Institute.

The letter, which was obtained by CTV News and titled ‘Position Statement on behalf of the RI-MUHC’s scientific community on the nomination of Dr. Constantine Stratakis as our next Executive Director,’ is dated April 6. It cites an article published April 2 in Science magazine, a prestigious peer-reviewed scientific journal. The article details allegations of sex and age discrimination by Stratakis against female researchers and neglect of research on women’s health issues while Dr. Stratakis was Scientific Director of the National Institute of Child Health and Human Development (NICHD) Division of Intramural Research, in Bethesda, MD.

The article, written by Canadian-born doctor and journalist Dr. Meredith Wadman, reports that between 2013 and 2019, eight female professionals at the NIH filed equal employment opportunity complaints against Dr. Stratakis, alleging that he harmed their careers. Three of the cases were settled, while two are ongoing. The remainder were dropped, lost on appeal or dismissed. The article also quotes a researcher who reportedly took a lower position to not be under Stratakis’ authority and says some left the NIH because they felt ill-treated.

Stratakis is set to begin working at the MUHC on June 1. His appointment was made public in March. In a press release, he was described as “a renowned and dedicated clinician, scientist, professor and administrator" and that the “MUHC is excited to confirm that he accepted to assume two pivotal leadership roles at our institution, namely that of Executive Director and Chief Scientific Officer of the RI-MUHC and Director of Research of the MUHC.”

But when the Science article appeared last week, several female researchers at the MUHC passed it on to colleagues and senior leadership and department heads forwarded the article among their members at the MUHC. Over the weekend, several researchers drafted the letter to the RI-MUHC board calling for Stratakis' appointment to be revoked. It was sent out to the entire research community at MUHC asking for others to sign it. One signatory who did not want to be named told CTV News the letter now has over 350 signatures and has been forwarded to the Board of the RI-MUHC.

The MUHC’s Communications department would not confirm that number but in a statement told CTV News that they are aware of it and that “there is a meeting of the RI-MUHC Board (on Wednesday) to assess the situation and next steps.”

The NICHD also responded to CTV News, saying it “is aware of the Science article and does not agree with several of its conclusions. NIH policy precludes commenting on personnel matters. However, the fact remains that NICHD supports an organizational culture in which women scientists are leaders and are acknowledged and celebrated for their accomplishments.”

“In my time as NICHD Scientific Director, I made demonstrative strides to diversify not only my leadership team, but also the Board of Scientific Counselors (BSC), which provides critical advice and recommendations on the management and direction of our research. Today, eight out of the 14 members of the BSC, including the Chair, are women, and I am very proud of this fact.”

But researchers at the MUHC are troubled by the Science article, saying some of these allegations of discrimination were brought to the attention of the MUHC board which recommended Dr. Stratakis back in December. A memo to all members of the RI-MUHC and MUHC community says ‘you should know that the matter raised in the article was known to us in late December and that we took these allegations very seriously. As a result we conducted immediately due diligence specific to this issue with Dr. Stratakis and a number of people at the National Institutes of Health. At the end of our investigation we concluded that there was no reason to modify our decision to bring Dr. Constantine Strakakis to Montreal. In our opinion, Dr. Strakakis who is a world-class scientist and leader would be a major asset to our community.”

One department head has now written to the RI-MUHC’s Chair Peter Kruyt and its President and Executive Director Pierre Gfeller, reminding them of the reputational damage done to the MUHC by the appointment of Dr. Arthur Porter as CEO. This after issues brought forth to the Board about his character were ignored. Porter is the disgraced former director of the MUHC who died in Panama in 2015 after facing charges of fraud and corruption.

Staff at the Research Institute was told to direct all calls to the Chair’s office. One doctor who would not be identified says she is so upset about the appointment that she would consider resigning from her position at the research institute rather than work under Dr. Stratakis. She said 30 to 40 per cent of the staff at the institute is female and trust is fundamental to their work.

Referring to the Science article which quotes a number of top female researchers by name, she said , “Dr. Wadman did a year- long investigation. I find it troubling to hear how many women filed official complaints. These are women at the leading research institute in the United States. Science is the top journal in research. I find it hard to believe they would publish this without having done a thorough job. Her work is credible."

The Dean of Medicine at McGill has also emailed staff to say he will relay their concerns to the Board of the Research Institute at a meeting on Wednesday.