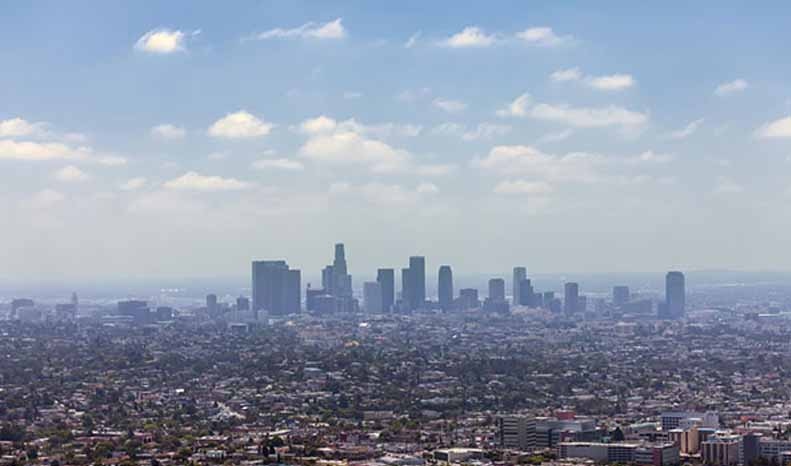 The Los Angeles skyline is seen in this undated file photo.

MONTREAL -- In an exceptional move, Quebec will open a second general delegation in the United States, this time in Los Angeles, in order to strengthen its presence in California.

Quebec has long had a presence in New York City, which houses a well-resourced general delegation located in the heart of the city. In the U.S., there are a total of nine Quebec representations in the form of smaller delegations, offices and branches, located in Boston, Chicago, Washington and Houston.

The Canadian Press learned Wednesday that the Legault government will upgrade the status of the Los Angeles delegation, which will become a general delegation, like New York, with all the means and resources accompanying this change.

The government is thus seeking to make clear its intention to develop the Western U.S. market.

Quebec Premier Francois Legault made his last pre-pandemic mission abroad in Dec. 2019, when he travelled to California.

The decision to upgrade the status of the Los Angeles delegation stems from that four-day visit, during which he was able to meet with the state's governor, Gavin Newsom.

California, the world's fifth-largest economy, is Quebec's eighth-largest trading partner in the United States, which accounts for 70% of the province's exports.

The fight against greenhouse gases, clean technologies and the film industry are among the areas of interest that Quebec wants to develop with California.

The current delegate, Philippe Huneault, will remain in the country as delegate general.

Last May, the ministère des Relations internationales launched its strategy for the U.S., aimed at consolidating the market share of Quebec companies in that country, by injecting $2 million for diplomatic actions.