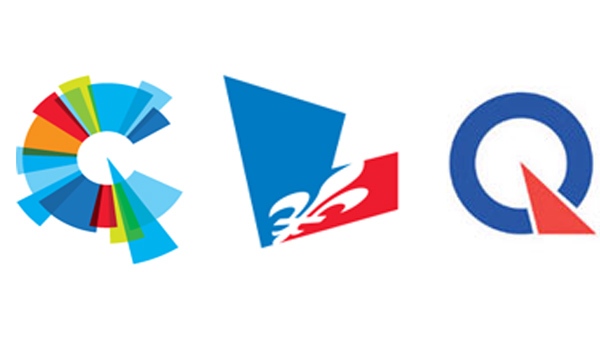 A trio of polls show that it is anyone's guess as to which party will form the government in Quebec come election day.

Political analysts say that while the figures for the three leading parties differ slightly, the overall trends in voter intention seem to be the same.

Claire Durand is a sociology professor at the University of Montreal who specializes in election coverage.

"I think they tell almost exactly the same story, which is the PQ and PLQ tied with CAQ third," said Durand.

Durand said this poll reminds her of the election when the Charest government first came to power.

"I want to compare this with the 2003 election, where the three parties started even, and it changed during the campaign," said Durand.

She says that the actual results may under-report support for Liberal and CAQ parties.

"Usually internet polls give slightly less conservative estimates, when you look at the two, when you compare," said Durand.

Bruce Hicks, a political science teacher at Concordia University, said that when it comes to polling, it's more important to look at overall trends instead of a one-day snapshot.

"The issue in the Forum poll is that their previous poll had CAQ 10 percentage points behind. Their poll is now more in line with what CROP and Leger had been polling for some time," said Hicks.

So has there been a surge in support for the CAQ? Hicks is not sure.

"There might be a bump in support for the CAQ but I'm not sure there is, because [Forum] were underreporting [the party's support]," said Hicks.

"But Leger shows a boost for the CAQ, so that raises the really interesting question. This is a two-way race with a really strong third party, so you need a 40 percent support for a majority."

Hicks said a minority PQ government is the most likely result of the election, because of where the three leading parties draw their support.

"It would be likely to be a PQ minority because of how ridings are distributed," said Hicks. "I suspect it could go either way on Sept. 4."

The tricky part is where each party gets its support. The PQ has more support in rural, sparsely populated ridings, while the CAQ has a shot at picking up most ridings in Quebec city.

"CROP puts the Liberals a bit higher in Quebec City region and the other two put CAQ a bit higher," said Durand.

Liberal support is concentrated in Montreal ridings that have more voters than average.

What's most important to Hicks is how many people turn out to vote on Sept. 4.

Coming the day after a three-day weekend, he thinks the PQ and the Liberals, will need to rely heavily on experienced volunteers bringing people to the polls.

And while the CAQ support appears to be growing more solid, Hicks does not think the party has the people on the ground it will need on election day.

"I suspect voting turnout is going to be lower than in the past."

The Leger Marketing poll was conducted from Aug. 6 to 8, 2012. The internet survey polled 1589 Quebec adults.