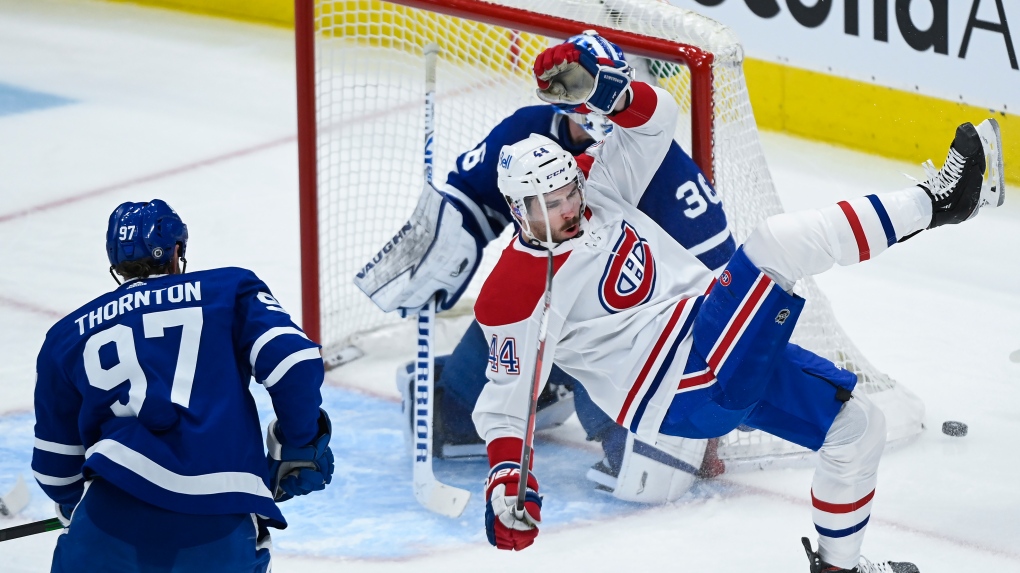 Edmundson was reprimanded after tripping Toronto Maple Leafs forward John Tavares in what was deemed a dangerous manner during Saturday's game.

The incident occurred at 19:39 of the second period and Edmundson was not penalized.

The NHL also cracked down on Florida Panthers defencemen Mackenzie Weegar and Brandon Montour, who were both fined $5,000 for actions taken Saturday against the Tampa Bay Lightning.

Montour was fined for slashing Pat Maroon at 13:58 of the third period. On the play, he received a minor penalty for slashing and a misconduct.

As for Weegar, he was penalized for hitting Mathieu Joseph with a high stick at 18:42 of the third period. On the play, Weegar was assessed a minor penalty for roughing.

A $5,000 fine is the maximum the NHL can impose under the collective agreement.