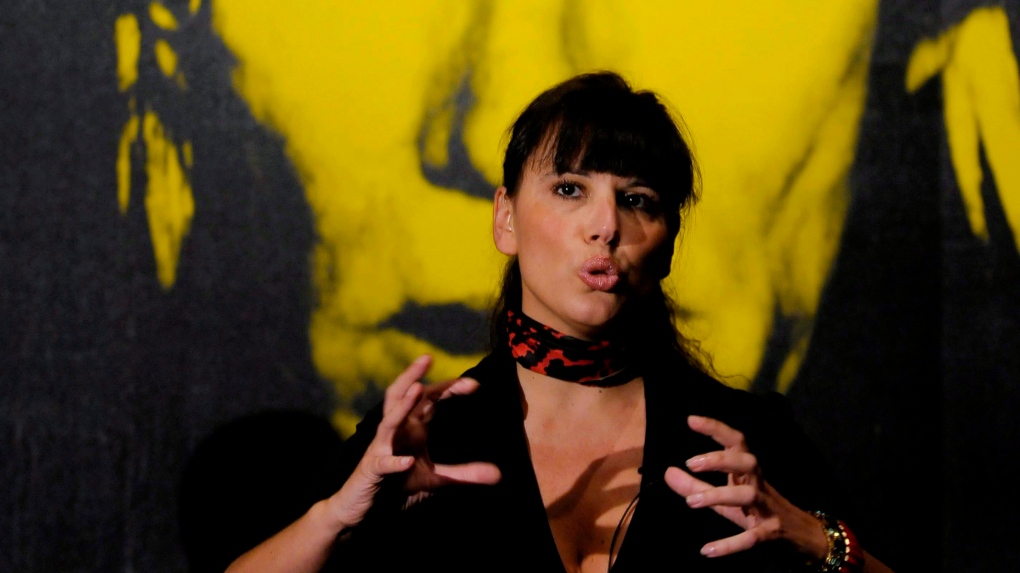 Director of the Montreal Museum of Fine Arts, Nathalie Bondil, speaking at a press conference in Montreal, Tuesday Sept. 23, 2008 to announce an exhibition of Andy Warhol's work, 'Warhol Live'. Bondin's contract has been terminated. THE CANADIAN PRESS/Graham Hughes

MONTREAL -- Outgoing Montreal Museum of Fine Arts (MMFA) chief curator and director Nathalie Bondil says she was fired from her position because she was "nitpicky", not because of a toxic work environment like the institution's board of directors has claimed.

It's a word she will "remember all her life," she told the Canadian Press Tuesday, saying that board chairperson Michel de la Chenelière used it to justify ending her contract.

De la Chenelière did not "really" elaborate on the nature of nitpickiness, but Bondil said she believes it's because the executive committee, of which she was a member, did not endorse the appointment of Mary-Dailey Desmarais as director of conservation.

"The way I see it, on June 26, I was told that I will renew my contract and July 6 was the day of the appointment of this position. And then I was dismissed," said Bondil.

The board chairperson asked her to write that the process was done the regular way and that the human resources committee was unanimous in its decision. She refused, arguing that it was false.

She said she also disagreed with de la Chenelière about the salary, which she said was higher than another director's who had more experience.