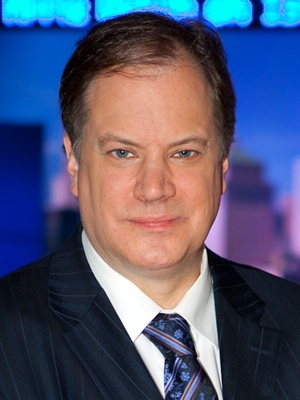 He grew up in Town of Mount Royal in a family of news addicts that subscribed to every newspaper in town, and where TVs were all tuned to various newscasts, including CFCF-12. Politics dominated dinner-table conversation. His first vague newscast recollection was the moon landing.

Stephane obtained his high-school degree at Polyvalente Pierre-Laporte in TMR, where he excelled in rock and roll, heavy metal, and classic rock without ever touching a musical instrument.

He later obtained his journalism degree at Concordia University in 1990. He then went into exile to the Gaspé coast, working successively for the weekly The Spec, the French daily Le Soleil, and did radio and TV stints for Radio-Canada, before returning to Montreal where Stephane was recruited by CTV.

Giroux took a sabbatical to study Law at McGill University, then returned to the newsroom where he developed his interest in covering trials and other legal affairs.

The veteran reporter is a press freedom advocate and was elected president of the Federation Professionelle des Journalistes du Quebec (FPJQ) from 2016 to 2019.

His passions, besides rock and roll concerts, include photography, fishing, Quebec history, and annoying neighbours with his terrible playing on an old Hammond organ.