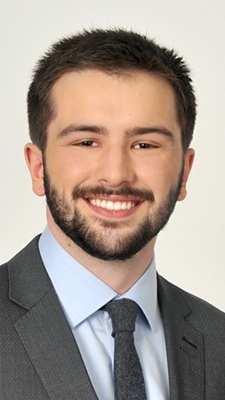 Most recent articles by Luca Caruso-Moro

Contact
Luca Caruso-Moro is an award-winning print, radio, and television journalist in Montreal.
He was brought into the CTV newsroom during the height of the city’s first coronavirus wave. As the disease spread rapidly, he reported extensively on how the most vulnerable Montrealers were affected.
Since joining CTV, Luca has developed a focus on Montreal’s housing crisis, giving voices to tenants, brokers, and landlords alike.
He has also travelled throughout Quebec and Canada to produce award-winning reporting on Indigenous events. He has worked in the Kanien’kehá ka nation of Kahnawake south of Montreal, and issues related to Indigenous rights and sovereignty remain central to his work.
Luca obtained his journalism degree from Concordia University, with a minor in law and society.
View Full Forecast >>