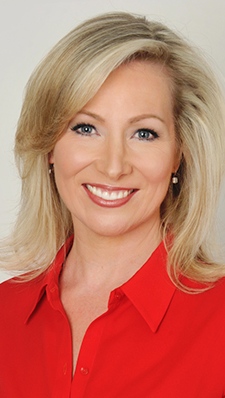 Lori has always had a passion for performing and public speaking, participating in countless theatrical productions while attending Pierrefonds Comprehensive High School. She went on to study Pure and Applied Science at John Abbott College and would eventually find a way to combine her passion for public speaking with her interest in science by becoming CTV’s Weather Presenter.

Lori has hosted “Good Morning Canada,” the network’s national weekend morning show, as well as CTV’s “Telethon of Stars” and has enjoyed delivering weather on CTV’s “Your Morning.”

Lori has always had a heart for others. She has hosted and emceed numerous charity events to support her community. She has acted as the Honorary President of the Canadian Cancer Society’s annual Relay for Life, and played an active role in events to benefit the Shriner’s Hospital, the MUHC, the Lakeshore General Hospital, The Children’s Wish Foundation, Ronald McDonald House Charities, Girls for the Cure and Kids Help Phone, among others. But, together with her husband, Lori feels most blessed when serving alongside members of her church family.

Lori has a passion for theatre and film, and can often be seen at Montreal’s Centaur Theatre and The Segal Centre for Performing Arts. She has also appeared in a number of movies herself such as the Academy Award nominated “Arrival,” and blockbusters like “White House Down,” and “The Day After Tomorrow.” She grew up playing soccer for Dollard and still loves to run. She also loves to travel to new places.