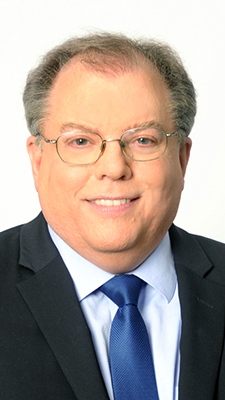 Derek Conlon always wanted to be a writer but got sidetracked along the way.

Raised in the working-class neighbourhood of Verdun he worked a variety of jobs in Quebec, Ontario, Alberta and the Northwest Territories. The experiences helped him realize what he didn’t want to do for the rest of his life.

He applied to, and was accepted at Concordia in the university’s journalism program and after graduating he landed his first job at a family-owned weekly newspaper in Shawville, Quebec. But he only stayed at The Pontiac Equity for six weeks before being offered a job at the Sherbrooke Record, Quebec’s other English-language daily newspaper.

After three and a half months in Sherbrooke he tried his hand at radio and worked for CJSS in Cornwall, Ontario for a few months before CJAD radio came calling. Derek remained with CJAD for 18 years before deciding to leave. But he wouldn’t be out of broadcasting long. A few days after leaving radio, television came calling and Derek joined the CTV Montreal news team in 2005.

Over the years Derek has won a number of awards from the RTNDA (now RTDNA) including Spot News, Continuing Coverage, Editorial, Best Newscast, Special Events coverage and Feature reporting.

And who knows, one of these days when he stops being sidetracked he might just do what he originally planned to do.