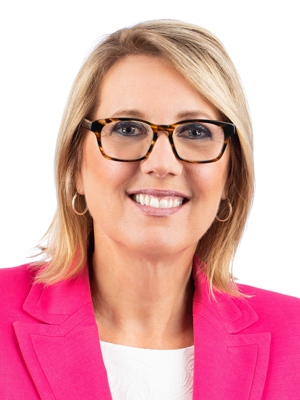 Over her many years at CTV , Caroline has won several awards, hosted the annual Telethon for Research into Children's Diseases and lent support to numerous causes. Some of the major stories she's reported on include the Oka Crisis, the Polytechnique murders and 9-11. Caroline also anchors and has covered the entertainment, fitness, medical and parenting beats. Her work as host of "On-Line Montreal," a one-hour live talk-show during the mid-90's- allowed her to cover the 1995 referendum on Quebec sovereignty and interview everyone from the late Peter Jennings to Roberta Bondar, Charles Aznavour, Harry Connick, Jr. and Robert Shapiro, the lawyer who successfully defended OJ Simpson.

Caroline has also taught journalism at Concordia and loves working side by side with some of her former students like fellow CTV reporters Daniele Hamamdjian, Maya Johnson, and Julian McKenzie.