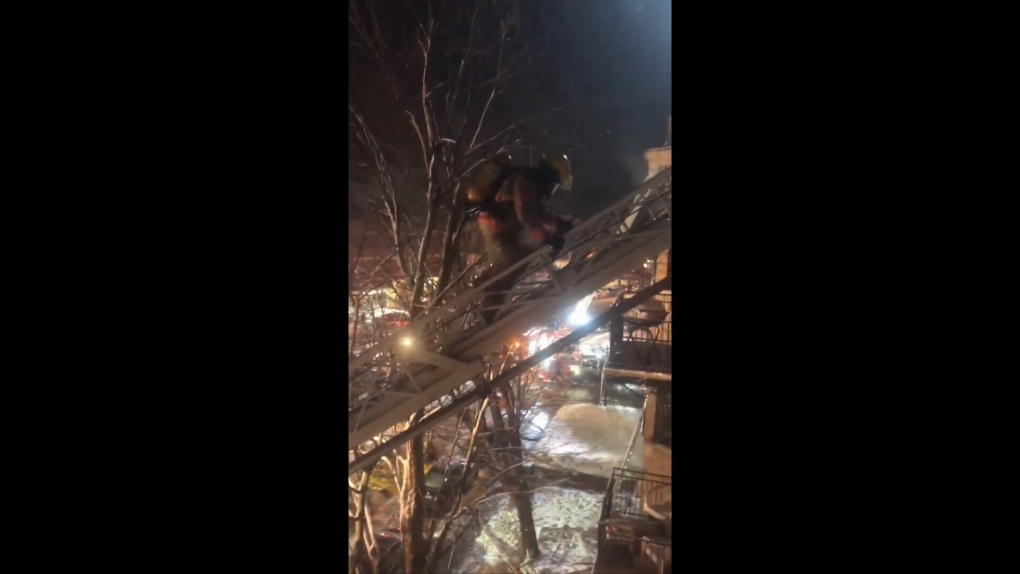 At least six fire trucks and 100 firefighters were called to the scene of an apartment fire in NDG Saturday night. SOURCE Eric Monange

MONTREAL -- A four-alarm fire erupted in an apartment building in NDG Saturday night causing over four dozen people to leave their homes.

According to the SPVM, a call came in at 8:15 p.m. for an apartment fire on Chemin de la Cote-Saint-Antoine and Hampton Ave.

Accroding to the Montreal fire department (SIM) more than 50 people were evacuated from 26 apartments. The fire appears to have started in a kitchen on the first floor of the four-storey building.

The SPVM said the fire was not considered a criminal act and there was no need for any transports to the hospital.

At least six fire trucks were called to the scene, the road was blocked and the power was out in the area.