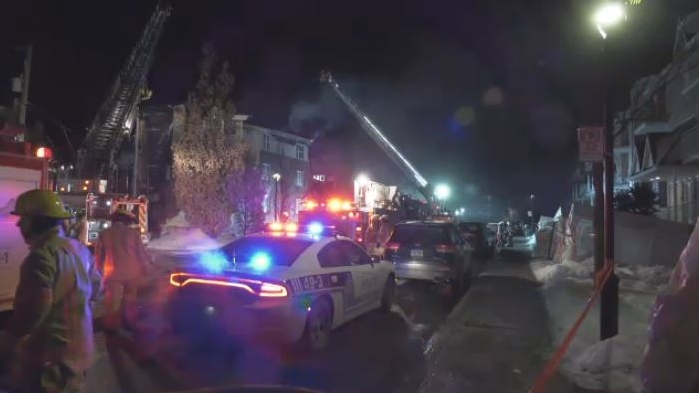 MONTREAL -- More than 100 firefighters on Tuesday evening battled a blaze in Pointe-aux-Trembles.

The fire started around 8:15 p.m. in the basement of a seven-unit condo complex near the intersection of Forsyth and Irene-Senecal Streets at the eastern tip of Montreal, according to Fire Section Chief Karine Huard.

A working fire alarm system warned the residents, who were able to get out of the building and weren't injured, Huard said. The red cross was on the scene, taking care of those who may have lost their homes.

About 110 firefighters, from four different fire stations, battled the blaze, which was still raging as of 10 p.m.

Hydro Quebec cut power to 3,100 people customers in the neighbourhood.