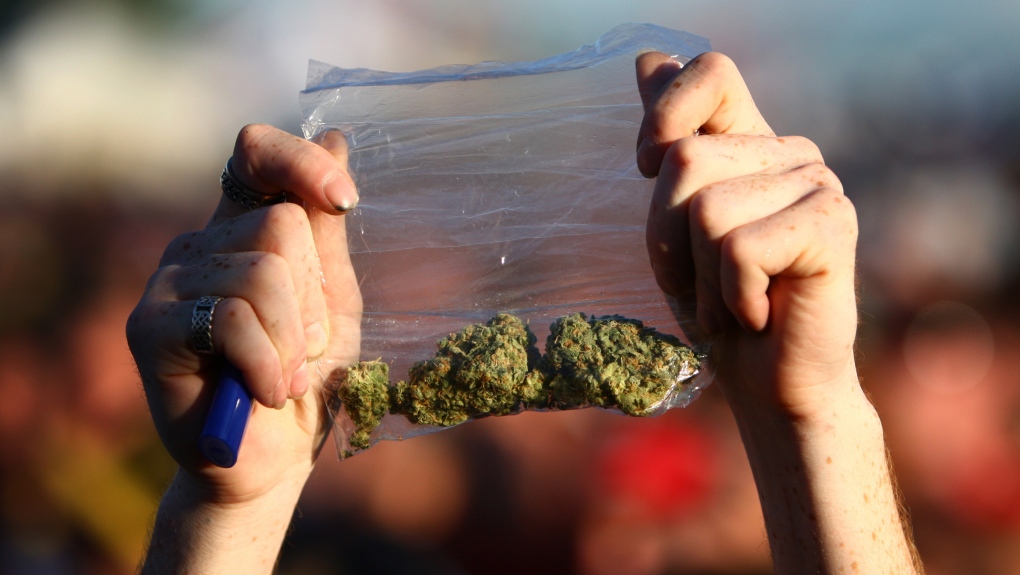 In this Aug. 19, 2011, file photo, a participant holds up a bag of marijuana during the first day of Hempfest in Seattle. (AP Photo/seattlepi.com, Joshua Trujillo, File)

MONTREAL -- More Quebecers have been using cannabis since 2018, except for teenagers aged 15 to 17.

That's what has emerged from initial results of the 2021 edition of the Quebec Cannabis Survey released Friday by the Institut de la statistique du Québec.

Overall, the proportion of cannabis users aged 15 and over increased between 2018 and 2021 in Quebec, from 14 per cent to nearly 20 per cent, the survey shows.

An increase was observed among all age groups except for 15- to 17-year-olds, where the proportion of users instead decreased by about three percentage points during the same period.

According to the survey, the COVID-19 pandemic appears to have had an impact on some consumers. For example, among the 20 per cent of Quebecers who used cannabis in the past year, 24 per cent cited the pandemic as the reason for their increased use.

Cannabis users with high levels of psychological distress were also more likely to report an increase in cannabis use due to the COVID-19 pandemic.

According to the survey, no significant changes in user types were revealed since 2018.

The Quebec Cannabis Survey was conducted from February to June 2021.