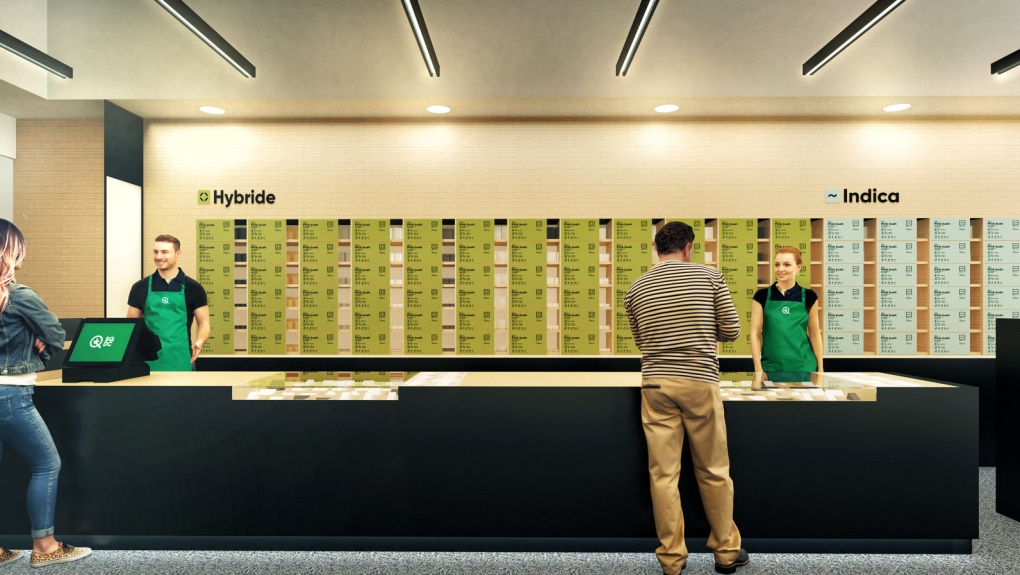 Concept art depicting what Quebec's state-run legal pot stores will look like. Cannabis will be legal across Canada as of Oct. 17. (Photo: SQDC)

They have been delayed because of supply problems, but the SQDC is planning to open seven new cannabis stores in the fall.

The new outlets will be mainly in the eastern part of the province, but will also include new locations in Saint Jerome and in Mont Tremblant.

The SQDC has 16 cannabis stores in Quebec right now and hopes to have 40 by March 2020.

The Crown corporation originally planned to have 50 retail locations open next year.