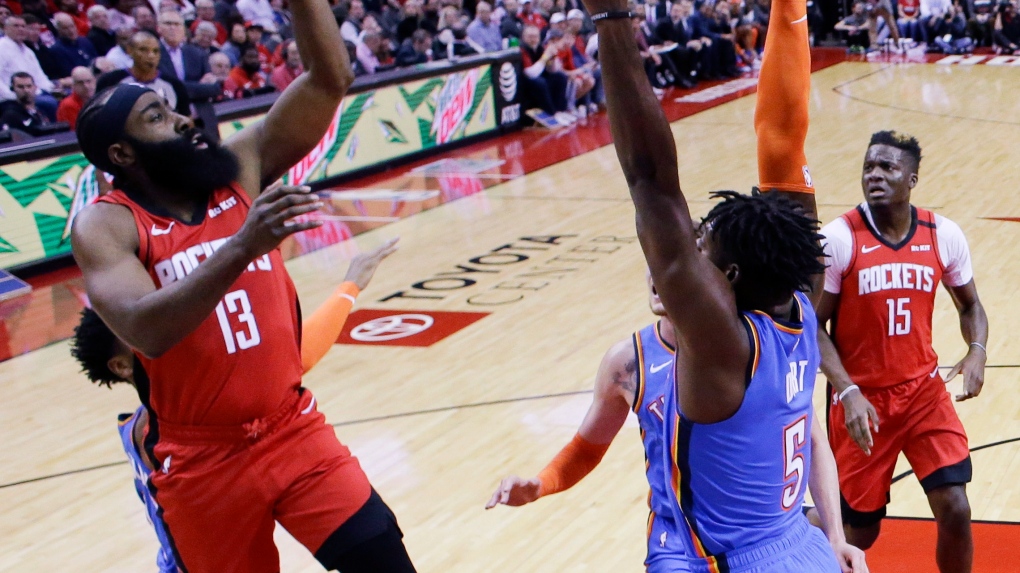 MONTREAL -- Montrealer Luguentz Dort made his first NBA start for the Oklahoma City Thunder Monday night in Houston and played a key role in the team's 112-107 win over the Houston Rockets.

Dort, a shooting guard, had eight points, two rebounds and two assists in just over 32 minutes in his first NBA start.

More importantly, he played a tight game defensively, primarily guarding the Rockets star James Harden, who shot just one for seventeen from behind the three-point line, one of the worst three-point shooting performances in NBA history. (Harden still scored 29 points in Houston's loss).

Dort, 20, was raised in Montreal North. The six-foot-three guard played his college basketball with the Arizona State Sun Devils. He signed as a free agent with the Thunder this past summer. He was one of a record 16 Canadian players who opened the 2019-2020 season on an NBA team.

In nine games for the Thunder this season, during which he's played an average of 18.6 minutes a game, Dort has averaged 4.2 points, 1.3 rebounds and 0.8 assists per game.