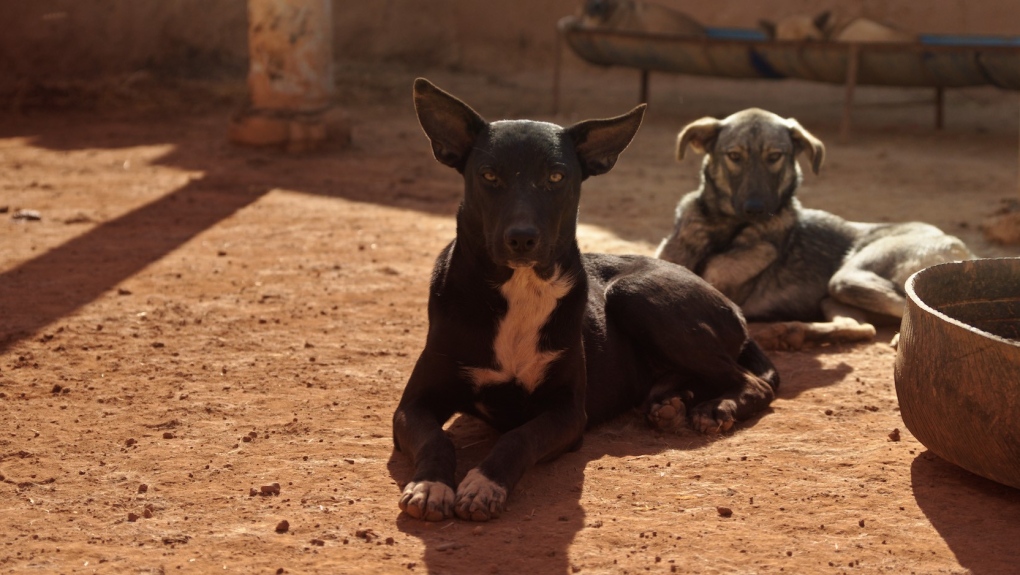 A scene from Halima Ouardiri’s short film "Clebs" is shown in a handout photo. A Canadian/Moroccan story of a stray-dog refuge, and a satirical biopic of former Canadian Prime Minister William Lyon Mackenzie King were the among the award winners at the Berlin International Film Festival.THE CANADIAN PRESS/HO-Anna Cooley MANDATORY CREDIT

MONTREAL -- A Canadian/Moroccan story of a stray-dog refuge, and a satirical biopic of former Canadian Prime Minister William Lyon Mackenzie King were among the award winners at the Berlin International Film Festival.

The look at a shelter for hundreds of stray dogs in Agadir, Morocco took the Crystal Bear trophy for best short film in the Youth Jury Generation 14plus section.

It also won the Special Prize of the Generation 14Plus International Jury.

The Generation 14plus section is a subcategory for films aimed at audiences ages 14 and up.

Matthew Rankin, who hails from Winnipeg, took a FIPRESCI Prize given by the International Federation of Film Critics in the festival's experimental Forum section for "The Twentieth Century."

And "Goodbye Golovin" by Montreal's Mathieu Grimard got a special mention in the Youth Jury Generation 14plus section.

Montreal writer-director Philippe Falardeau's "My Salinger Year" opened the festival, which ran from Feb. 20 to March 1.

The jury awarded the top Golden Bear prize for best picture to "There Is No Evil" by Mohammad Rasoulof, who couldn't attend the festival due to a travel ban imposed on him by Iranian authorities.

"There Is No Evil" tells four stories loosely connected to the use of the death penalty in Iran and dealing with personal freedom under tyranny.

-- With files from the Associated Press.

This report by The Canadian Press was first published March 2, 2020.