A Montreal woman is speaking out after she says her convocation was nearly ruined because of the lack of accessibility at a downtown hotel.

There's nothing Chantal De Luca, 21, wanted more than to have her parents come to Montreal for her convocation at McGill University late last month, but as soon as they arrived in town for her special day, she was in tears.

Her father, 72, has used a wheelchair since 2016 after having a stroke, so in the months before the five-day trip, De Luca said her mother had called various Montreal hotels asking if they had an accessible room, including a wheelchair-accessible shower. They settled on the Best Western Hotel in Ville-Marie since, on three different occasions, her mother said she was assured they'd have a room to accommodate her dad.

They were promised they'd get the only accessible room at the hotel, she said.

But at check-in after the six-hour drive from Toronto, her mom went to look at the room before bringing her dad up and realized the wheelchair wouldn't have been able to fit into the bathroom. And even if it did, the bathroom had a regular, knee-high bathtub — a major impediment for people who use wheelchairs. That's when they were informed the hotel, in fact, does not even have a room with an accessible bathroom at all.

"I was obviously really upset. My mom was really mad, and really just hurt. And … it was a really difficult experience for my dad," said De Luca, adding that the hotel said it was a “miscommunication” on the family’s part.

"The manager literally comes out, and he goes, 'Well, you can either stay here with the ledge with the bathtub and everything or you can find another hotel,' at 5:30 on one of the busiest weekends."

With graduation season in full swing, De Luca said many hotels were full, especially since McGill was holding convocation for additional cohorts of students due to the pandemic. She said she felt disheartened since her family's months of preparation for the trip to make her dad feel as comfortable as possible was all for nothing.

"I was panicking. My mom was panicking. We were like, 'Well, how are we going to find a hotel that's accessible this late?' That's what we were thinking. We had been planning everything months in advance so that this exactly would not happen."

To compensate the family, Best Western granted them free cancellation. She and her mom then scrambled to find another hotel for about two hours, running up and down Sherbrooke Street, asking for any accessible rooms that were available for five nights.

In the frantic searching, her dad needed to use the bathroom, and was forced to soil himself. He also wasn't able to take his medication on time, she said. Her dad and his nurse also had to convince a police officer not to give them a parking ticket while they waited in the car.

They eventually found a hotel: Sofitel Montreal Golden Mile on Sherbrooke Street, which assured her mother they had a room with an accessible shower and a shower chair. De Luca said Sofitel came at a price — double what they paid at Best Western.

On Tuesday, the Best Western hotel's director of operations referred CTV News to the company's media relations department, which has not responded to CTV's multiple requests for comment since last week.

De Luca filed a complaint with Best Western. The company apologized to the family in an email, which indicated that staff at the hotel, which is owned and operated independently, "do not guarantee rooms with mobility requirements when making a reservation."

"The hotel will notate all requests on the reservation and will do their best to honour them, however they cannot be guaranteed."

The hotel's response contradicts what the family said it was told before they made the reservation. De Luca said her family is used to making these special arrangements when travelling with her dad.

"This has been our situation for the last six years of my life, since I was 16 years old," she said. "This is not new for us as a family. We've travelled with him before."

CONVINCING HOTELS TO BE ACCESSIBLE 'A LOT OF WORK'

Accessibility advocate Isabelle Ducharme said De Luca's story is not a surprise and that very few hotels in Montreal can be classified as fully accessible, even when it comes to large hotel chains.

"We see too many lodging establishments, especially hotels, that either don't have accessibility, or say they are accessible, but don't really understand the term 'accessible,'" said Ducharme, chair of the board of directors at Keroul, a non-profit organization that promotes and develops accessible tourism and culture in Quebec. 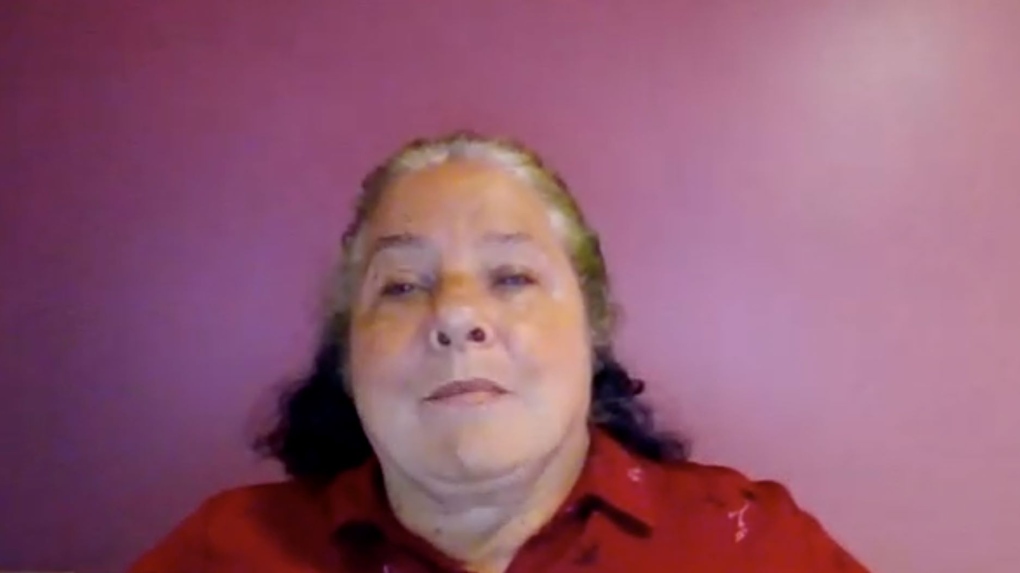 Isabelle Ducharme, chair of the board of directors at Keroul. (Joe Lofaro/CTV News)

A partially accessible room would include those with showers that lack grab bars, for example.

"So for now, it's still a lot of work for us to convince hotels and other lodging, like cottages and anything that is rental … to reach out and convince them that there is a worth there, there is a social reason to do it," Ducharme said.

When making a hotel reservation, Ducharme recommends people ask staff for pictures of the actual room, including the bathroom, and to get everything in writing.

The stressful ordeal underscored for De Luca the need for better access to accessible accommodation and to make spaces more inclusive for people like her dad.

"To have this whole situation make him feel like a burden — which, of course, he's not — it's just devastating. It's really hard as a daughter to see him so upset that he can't even go into a hotel that we paid so much money for because of his accessibility concerns," she said.

"I just hope that more people, more hotels even take the initiative to not have other people have to feel this way."