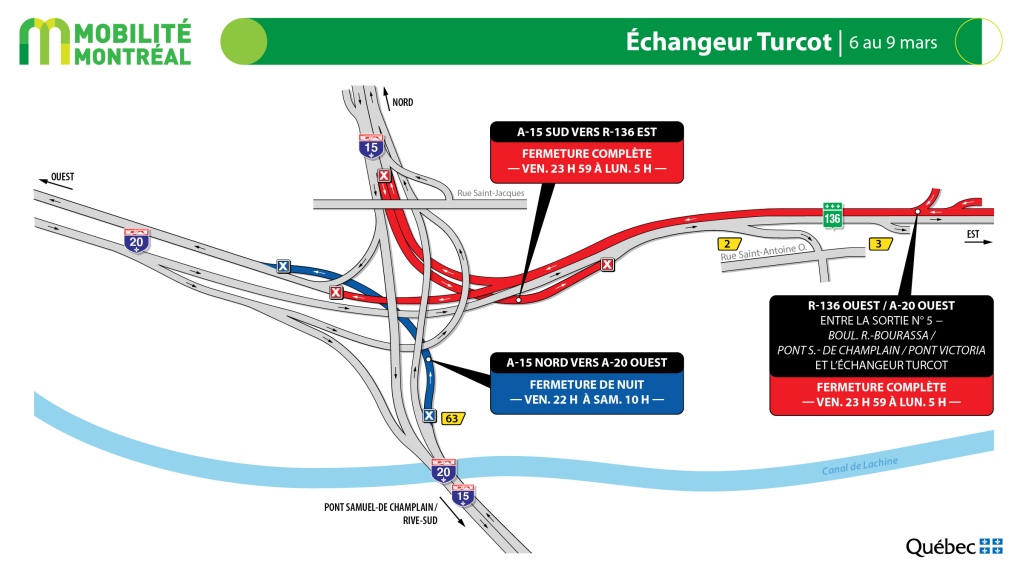 Road closures on the Turcot interchange for March 6 to 9.

MONTREAL -- The weekend approaches and so do road closures. This week, the largest closure is Highway 720 Westbound from downtown. Here's what you need to know:

Starting Friday at midnight and ending on Monday at 5 a.m., Highway 720 West will be closed between exit 5 in the Ville-Marie tunnel and the Turcot interchange.

As a result, routes towards the West Island, Highway 15 North and the Samuel-de-Champlain and Victoria Bridges will be closed.

The closures will also affect the municipal road network. The entrances onto Highway 720 from Sainte-Antoine Street, Fort Street and Lucien-L’Allier Street will be closed. 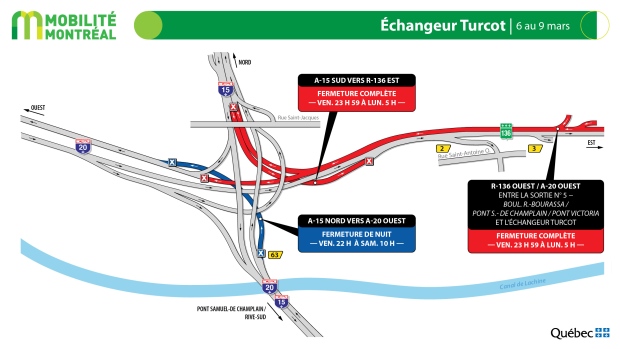 Starting on Friday at 10 p.m. and ending on Monday at 5 a.m., Saint-Jacques Street will be closed between De Courcelle Street and Decarie Boulevard.

On Saturday morning, from 6 until noon, on the Highway 10 East, exit 5 (towards Nuns’ Island) will be closed. 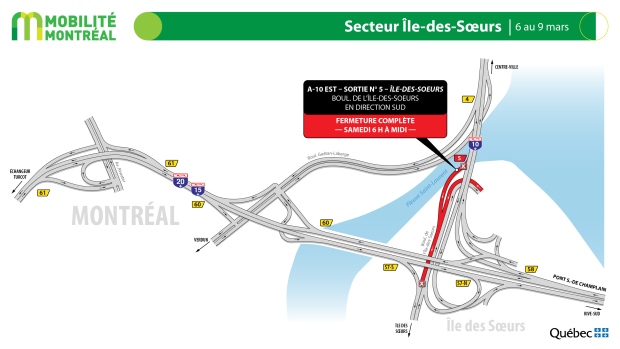