A social media campaign to help find a compatible stem cell donor for a four-year-old girl in Montreal is putting a spotlight on the lack of diversity in Quebec donor lists.

Minh Nguyen used to do typical things a toddler would: play with her friends, run around in the park and practice gymnastics but all of that changed in a matter of weeks.

Her mother noticed she had unexplained bruising and red dots on her legs so she showed some photos to a family doctor. Right away, she was told to go to the emergency room, on June 1. 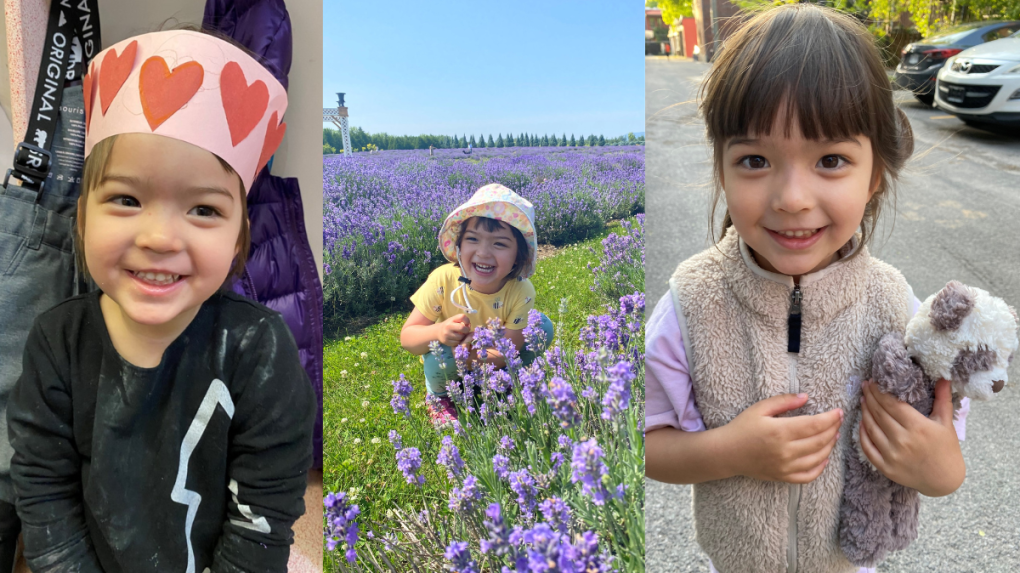 Minh Nguyen, 4, was an outgoing and pleasant young girl who loved going to parks and making friends before she started having unexplained bruising on her legs and her family brought her to the emergency room. (Submitted photo)

After some tests, the family got the news they weren't expecting; Nguyen had been diagnosed with a rare blood disorder called Medullary Aplasia, which causes the body to stop producing platelets and red and white blood cells to drop.

Nguyen needs regular medical attention because of the condition.

"It's been three hellish weeks, I must say, where it's a lot of transfusions at least three times a week," her mother, Diem Nguyen, said in an interview with CTV News on Wednesday.

Minh needs a stem cell therapy for cure the disease, but it's been a challenge for the family.

There is a serious lack of compatible donors since Minh is of mixed race (she is Caucasian and Asian). Unlike blood donation, stem cell therapy needs a genetic match, which, in Minh's case, would likely come from someone in the same ethnic community.

Diem, who is a pediatric pulmonologist at Sainte-Justine Hospital, described her daughter as a "bubbly, kind, great girl" and that her daughter's life has been turned upside down. She needs to be hospitalized about three times a week for multiple days at a time for transfusions since her white blood cell count is "zero right now," Diem said.

"It's been a lot of going back to the hospital, she's suffering throughout all of this because she's not seeing her friends anymore … we cannot go in public because she gets infections easily, she cannot go in parks because if she falls she can bleed a lot," her mother said, with her voice breaking.

"It's been difficult. It's been a difficult time for us." 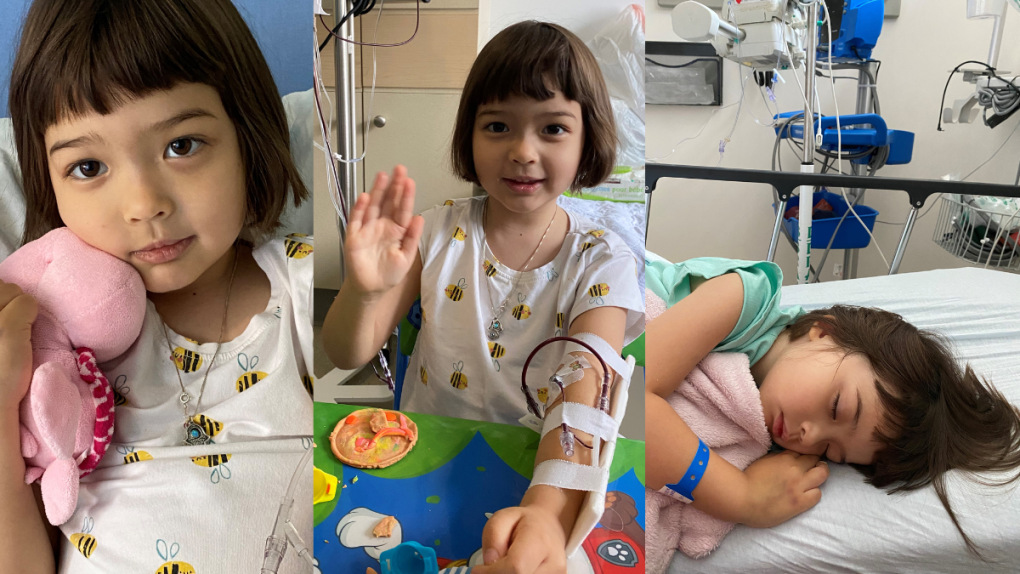 Minh Nguyen, 4, has to go to the children's hospital regularly to get transfusions due to her condition. The treatment leaves her exhausted and she cannot go to the park or play with her friends due to risk of infection. (Submitted photo)

Over the past three weeks, Minh stopped asking to see her friends because she now knows it's not possible. Diem said it pains her to see her child deprived of that.

"The only wish she has is to go home to see her family. It's a bit hard," she said.

Swab the World, a Montreal-based non-profit organization is helping to raise awareness about the issue by highlighting Minh's case. The organization was co-founded by Mai Duong, who went public in 2014 with her desperate search for a stem cell donor since her Vietnamese background meant few donors were compatible.

"Unfortunately, this is the reality for a lot of ethnic minority patients such as Minh who is mixed, Asian and Caucasian," said Carmel Ciceron, a coordinator with Swab the World.

The organization states that white people make up 70 per cent of stem cell donor registries in Canada, while people of Asian descent make up just over 15 per cent of registries, according to 2017 data from Héma-Québec and Canadian Blood Services.

For mixed-race individuals, they makeup roughly less than 5 per cent of registries in Canada, said Ciceron, who attributes the low representation to a lack of awareness.

"I think not many people … know about stem cell donation and even less about how to register or what the process is. And so because of this lack of awareness, it's difficult to gather groups of communities and let alone ethnic minority groups to register to become donors, which is why Swab the World really tries to fight for diversity within the registry," she said.

After Duong used billboards and social media to bring awareness to her own situation in 2014, more than 20,000 new donors registered as stem cell donors that year.

Registering for stem cell donation is a relatively easy process. People can begin the registration process by visiting the Héma-Québec website. Anyone who is between the ages of 18 and 35 and is in good health can enrol.

It can be a difficult waiting game for families like the Nguyens, but Diem says her four-year-old daughter has shown so much bravery and has, at times, even comforted her.

A fire ripped through a church in a densely populated neighbourhood of the Egyptian capital of Cairo on Sunday, leaving at least 41 dead and injuring 14, the country's Coptic Church said.

Two-time champion Simona Halep has advanced to the National Bank Open's final. The Romanian beat Jessica Pegula of the United States in the WTA event's first semifinal on Saturday.