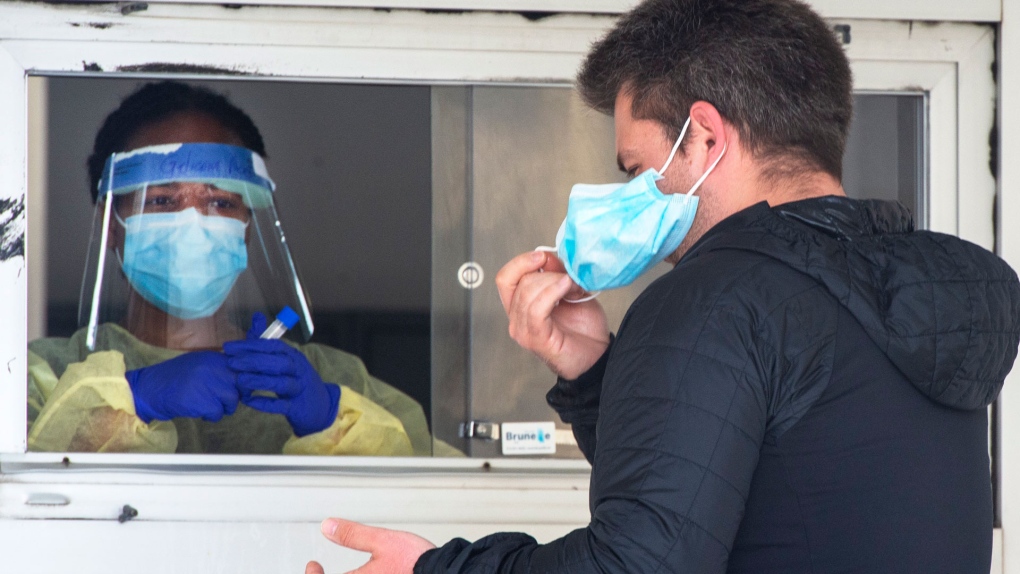 A man removes his face mask before being tested at a COVID-19 testing clinic Friday, May 1, 2020 in Montreal North. The area has been identified as one of the hardest hit with COVID-19 on the island. THE CANADIAN PRESS/Ryan Remiorz

MONTREAL -- Montreal has reached the grim benchmark of more than 3,000 deaths from COVID-19.

The daily increase in COVID-19 cases and deaths were both lower Thursday than those reported Wednesday, when 136 additional cases and 35 new deaths were announced.

The borough of Montreal North has 2,411 confirmed cases of COVID-19, the most of any of the city's boroughs and an increase of 12 over the day before. The borough also has the highest incidence of COVID-19 in Montreal, with 2,862 cases per 100,000 residents.

With 346 deaths related to COVID-19, the east-end Montreal borough of Mercier-Hochelaga-Maisonneuve remains the borough with the most fatalities linked to the disease. That’s an increase of seven deaths from the day prior.