Montreal summer tourism better than 2020, but well below 2019 levels 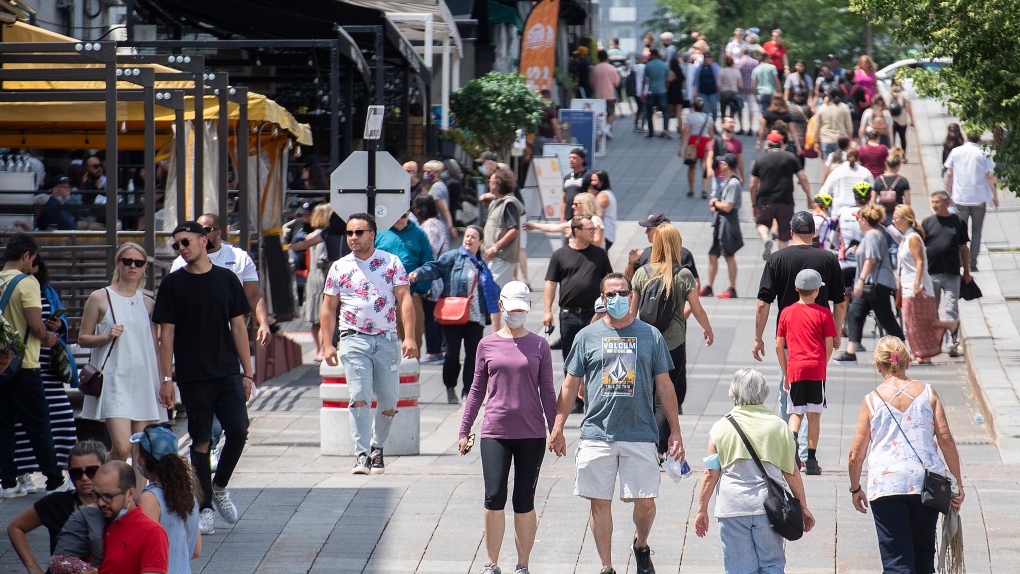 Masked pedestrians walk down Place Jacques-Cartier in Old Montreal, Sunday, July 4, 2021, as the COVID-19 pandemic continues in Canada and around the world. (THE CANADIAN PRESS/Graham Hughe)

MONTREAL -- Data released Thursday by Tourism Montreal shows that tourism activity picked up a bit last summer in the metropolis, but remained well below what was seen before the start of the COVID-19 pandemic.

Tourism Montreal noted a 199 per cent increase in international tourists last July compared to the corresponding month in 2020, but still 92.5 per cent below July 2019. Passenger traffic at Montreal Airport last July was 75.2 per cent lower than July 2019.

From May to September, 53 conventions scheduled in Montreal were postponed, resulting in 59,515 delegates not attending.

Tourism in Montreal was enjoying its best days before the pandemic, setting new records in attendance year after year, a surge that was interrupted by the health crisis, according to the organization.

Tourism Montreal noted that the tourism industry remains one of the economic sectors most affected by the pandemic, particularly business tourism, and that its survival depends on support measures.

Measures must be in place in 2022 for the industry to aspire to 2019 levels, otherwise the viability of businesses in the tourism sector will be in question, according to the organization.