Now that Bill 96 is law, there will soon be caps on how many students are admitted to English CEGEPs.

But some Montreal schools have found a work-around to offer an English education by starting Grade 12 programs so students don't have to attend CEGEP at all.

One of those schools is TAV College in Côte-des-Neiges where enrolment is growing steadily.

"We're going to be faced with a situation of many students who have very, very good grades, are fully qualified, who would like to go to CEGEP but now aren't able to," said Elazar Meroz, the college's director of studies.

The program is being established now because of Bill 96, which received Royal Assent. Grade 12 graduates in Quebec would receive an Ontario secondary school diploma and then be able to apply directly to four-year university programs, just like any other student from outside Quebec.

This means they'd avoid having to go CEGEP altoghether.

"I think we're focussing heavily on the anglophone community," Meroz said. "If they can't be admitted because of the caps, because of the restraints on colleges, we'd like to offer them this option."

Kirkland's Kuper Academy will also be offering a Grade 12 class starting in the fall. The alternative to CEGEP isn't new in Quebec. Lower Canada College has been offering a pre-university course for more than 100 years, but it says it could become more popular because of the new restrictions.

"I do anticipate with the changes to the regulations in terms of access to CEGEP that we could experience a growth in the number of applications to the program," said Dawn Levy, director of enrolment and communications at Lower Canada College.

THOUSANDS OF DOLLARS IN TUITION

The program, however, comes at a cost.

At TAV College, the one-year Grade 12 program costs $14,000 in tuition for the school year. 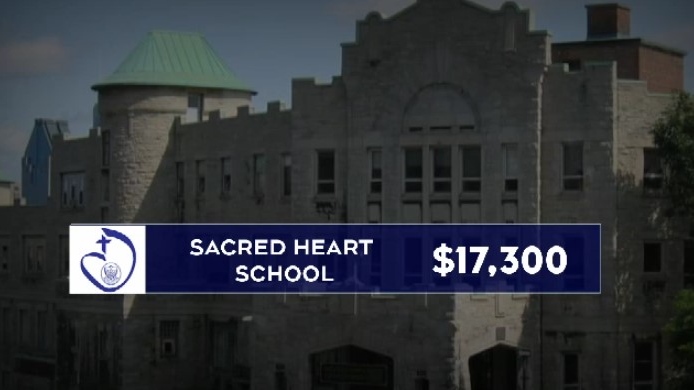 The Grade 12 program at Sacred Heart School of Montreal will cost students $17,300 for the year. Other private schools charge as high as $26,000 for the program. (CTV News)

Lower Canada College, which includes an international baccalaureate, charges $26,000 for the Grade 12 program.

There is no Grade 12 program offered at English public schools around Montreal, including at the English Montreal School Board, Lester B. Pearson School Board, and Riverside School Boards.

Most of the CEGEP restrictions will come into place for the 2024 academic year and by then, the schools hope their Grade 12 programs will become more attractive.

"As the caps start to get tighter and we see the effects trickle through, we expect the number to increase," said Meroz.

They hope students will look to them as another way to get an English education.

Airbnb is rolling out new screening tools to stop parties

Airbnb says it will use new methods to spot and block people who try to use the short-term rental service to throw a party.