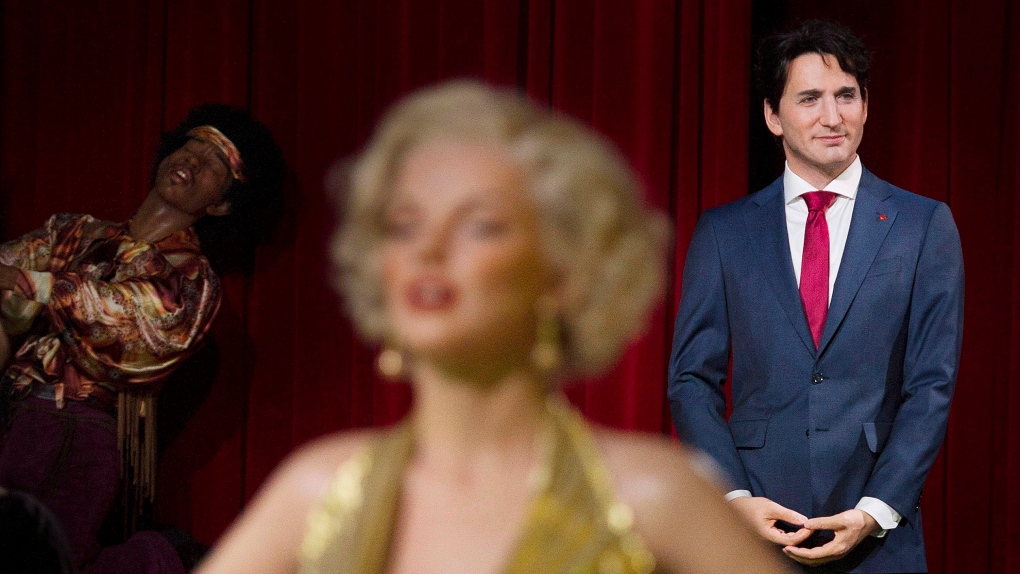 A wax sculpture of Prime Minister Justin Trudeau is shown during a ceremony at the Grevin museum in Montreal, Tuesday, November 21, 2017. THE CANADIAN PRESS/Graham Hughes

MONTREAL -- After delighting visitors with still life, sometimes with creepy replicas of celebrities from home and abroad for almost a decade, the Montreal's Wax Museum (Grevin Montreal) has closed its doors for good.

"After a year of closure due to the pandemic, Grévin Montréal had to make a difficult choice and announced the definitive closure of the Grévin Montréal Museum," a note read on its website.

The wax museum opened in 2013 and featured full-sized likenesses of various Quebec and international celebrities.

Thursday morning, however, the museum announced that Celine Dion, Justin Trudeau and Barak Obama's lifelike statues will need to be seen elsewhere.

"A special thank you to the members of the Academy who helped build this museum by choosing the personalities from here who have marked our history," wrote the museum.

"And finally, thank you to the personalities and artists who have shaped and still shape our universe. They have been our muses and remain an inspiration."

The Museum on the fifth floor of the Eaton Centre reopened in February, but the museum estimates visitors were only about 30 per cent of the levels pre-pandemic.

Those whose likeness was used for the around 125 wax clones will have the opportunity to retrieve them and 39 works will be sent to the wax museum in Paris.

Ticket refunds will be given until Nov. 8.