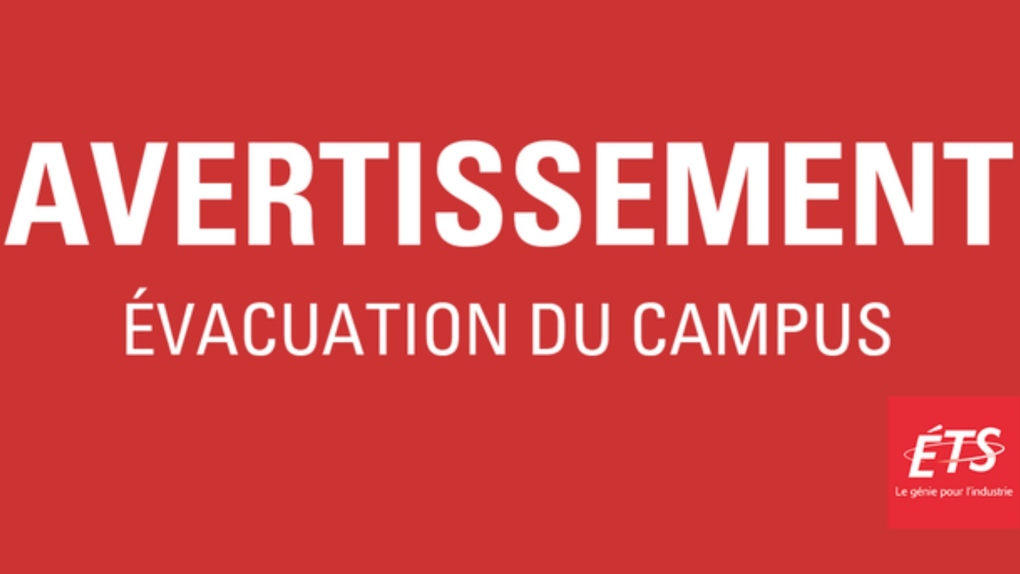 ETS sent out a tweet at 12:30 p.m. Wednesday saying that the campus -- pavilions A,B,C,D and E -- must be evacuated immediately.

The school said the campus closure followed a recommendation from law enforcement officials after a social media post threatened ETS. Everyone on campus was able to leave calmly, the school said.

Montreal police said that there were some negative opinions expressed on an ETS message board or online group that some interpreted as a threat, but stressed that at no time was there an over threat made toward the school.

The school’s administration did cancel any in-person classes that were scheduled for the afternoon.