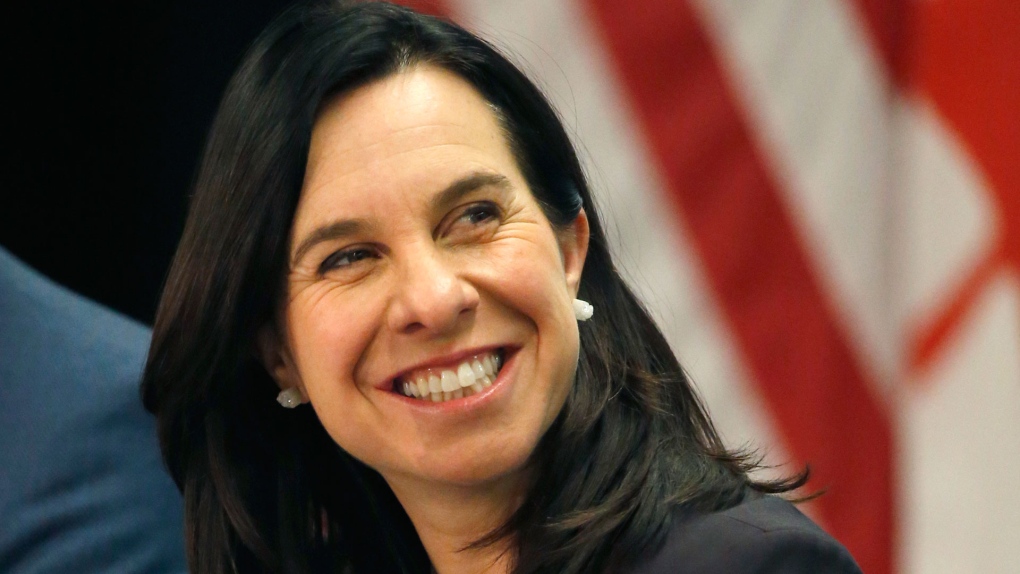 Valerie Plante, Mayor of Montreal, smiles during a news conference at a summit on climate change involving mayors from around the globe Tuesday, Dec. 5, 2017, in Chicago. The conference comes after President Trump said the U.S. will pull out of the Paris agreement. (AP Photo/Charles Rex Arbogast)

“Montreal is not Moncton. Montreal is Montreal,” said the group, which dedicates itself to protecting the French language and francophone interests, in a news release.

Of particular concern: the new administration presented its budget this week by providing it in both languages.

“While so many elected members insist on the importance of making French the common language and convincing newcomers to adopt it, the Plante-Dorais administration has presented and documented its budget in a fully bilingual manner,” said SSJB President Maxime Laporte. “It's like Ottawa's Parliament, rather than the City Hall of Montreal.”

The statement claims that “at most, Quebec legislation allows a few predominantly English-speaking boroughs to offer bilingual municipal services. But Montreal is not a bilingual city.”

“In light of the evidence of the constant decline of French, Valérie Plante should realize that it is her responsibility as mayor to send a message clear about the status of French in Montreal,” said Stanké.

The SSJB disagrees with that data, however, saying that when they using the analysis method generally used in 2011 or before, it calculated that the proportion of the population who spoke French most often at home in Quebec dropped from 81.2 per cent in 2011 and 80.6 per cent in 2016.

Another recent study showed that Montreal is by far the country’s most trilingual city, and that more than 21 per cent of Montrealers speaks at least three languages.