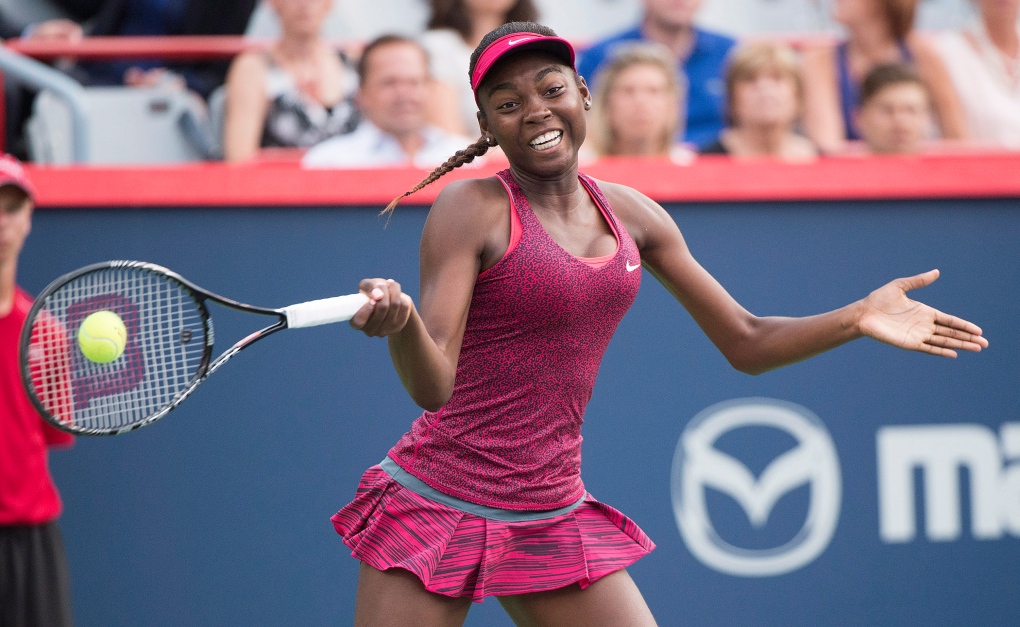 Francoise Abanda from Canada returns the ball to Dominika Cibukova from Slovakia during their opening round match at the Rogers Cup tennis tournament in Montreal, Monday, August 4, 2014. (THE CANADIAN PRESS / Graham Hughes)

Montreal’s Francoise Abanda earned a spot in the main draw of the U.S. Open Friday with a 6-0 6-2 win over Misa Eguchi Friday.

Abanda, ranked 205th in the world, needed to sit through a lengthy rain delay in the victory.

Abanda was impressive in her qualifiers, losing only six games in the course of the three matches.

I remember exactly a year ago coming out of injury with no WTA ranking. Today I'm proud to be MAIN DRAW at Us Open! #hardworkpaysoff