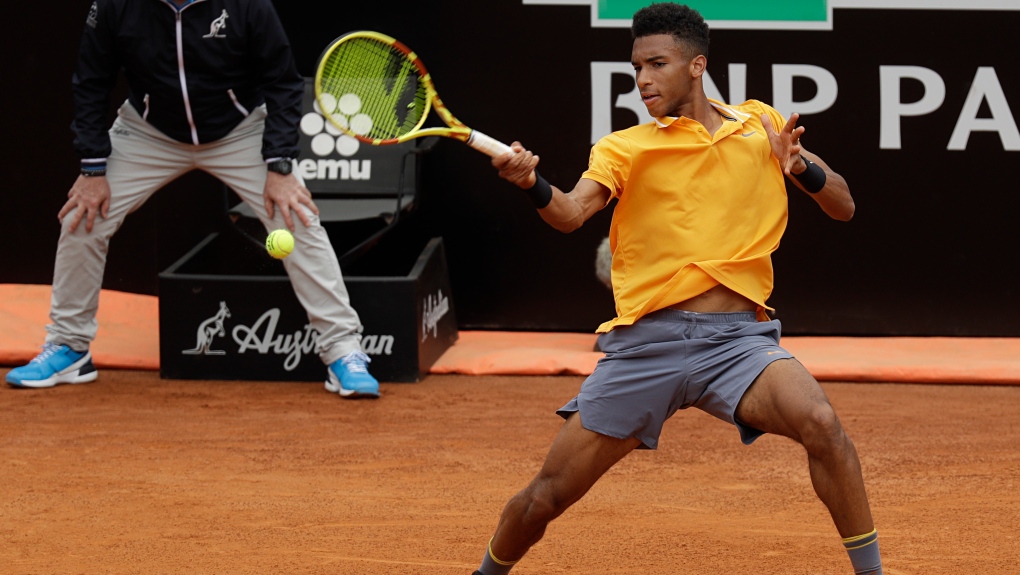 Canada's Felix Auger-Aliassime returns the ball to Croatia's Borna Coric during their match at the Italian Open tennis tournament, in Rome, Monday, May, 13, 2019. (AP Photo/Gregorio Borgia)

Montreal's Felix Auger-Aliassime defeated France's Gilles Simon 7-5, 6-4 on Thursday in the Round of 16 at the Mercedes Open in Stuttgart, Germany.

Auger-Aliassime relied heavily on his serve, firing 15 aces to Simon's three on the grass court.

It was the first time Auger-Aliassime and Simon had ever played each other.

The 18-year-old Canadian will take on Germany's Dustin Brown in the quarterfinals on Friday.

Brown was playing just his second tour-level match of the year but hit a number of spectacular winners to beat the fifth-ranked Zverev and record his first win against a top-10 opponent since 2017.