Montreal's community sector asks for an additional $100 million per year

Montreal's community sector asks for an additional $100 million per year 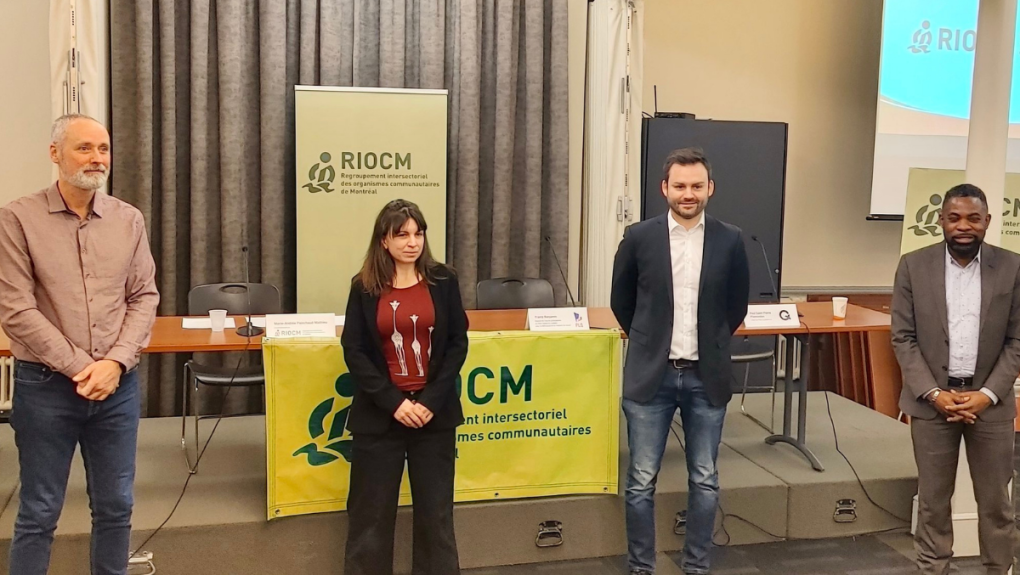 Community groups in Montreal want less thanks and more funds from Quebec as their services are struggling. SOURCE: Paul St-Pierre Plamondon/Twitter

The Montreal community group - RIOCM - called out Quebec on Monday saying that the metropolis' community sector is chronically underfunded and that the government needs to invest an additional $100 million per year.

She was accompanied by representatives of the three main opposition parties.

"We get caught hiring contract workers, and as soon as we train them, they leave, because that's the end of the funding," she said, adding that "salaries are ridiculously low," and that staff is always on shift.

She said that almost every year, the National Assembly votes a motion to commend the work of community organizations, but would like the words to be met with funds.

"Thank you for the thanks, but now we have to get the money," she said.

Community organizations "play an essential role in a lot of critical issues that François Legault ignores, denies, or blames on the pandemic, whether it's housing, mental health, seniors, homelessness, or financial insecurity," said Quebec Liberal Party MNA Frantz Benjamin. "It's time we were able to recognize these organizations as essential."

He also cited bureaucratic issues as a recurring problem, saying he has seen "organizations that spend 20 to 30 per cent of their time doing paperwork."

"They are more than useful, they are partners," said Québec Solidaire health critic Vincent Marissal.

He said many people from his riding come to ask for help in his office.

"We could not help them if we did not have the community organizations," said Marissal.

"They are always very tempted by ad hoc announcements that allow them to make political communications," he said, attributing this to the "non-recurring, poorly targeted, hard-to-reach nature" of funding.

"This is the bare minimum that is being asked for this morning, to allow hundreds of organizations to do their work minimally," he concluded.

The FBI searched Donald Trump's Mar-a-Lago estate as part of an investigation into whether he took classified records from the White House to his Florida residence, people familiar with the matter said Monday, a move that represents a dramatic and unprecedented escalation of law enforcement scrutiny of the former president.

Helicopters have begun bringing essential supplies to southern Newfoundland towns cut off from the rest of the island by two out-of-control forest fires.

WhatsApp is going to stop letting everyone see when you're online

Two new features being introduced on WhatsApp, which will let you choose who can see when you're active, and to leave groups silently, will start rolling out to all WhatsApp users this month.

Serena Williams says she is 'evolving away from tennis'

Serena Williams says she is ready to step away from tennis after winning 23 Grand Slam titles, turning her focus to having another child and her business interests.

Some of the world's richest men are funding a massive treasure hunt, complete with helicopters and transmitters, on the west coast of Greenland.

Ashton Kutcher says he battled the debilitating disease vasculitis. Here's what it is

Ashton Kutcher revealed Monday he had battled a serious autoimmune disease that affected his hearing, sight and ability to walk for more than a year.