Montreal's Auger-Aliassime advances to the semifinals of the Noventi Open 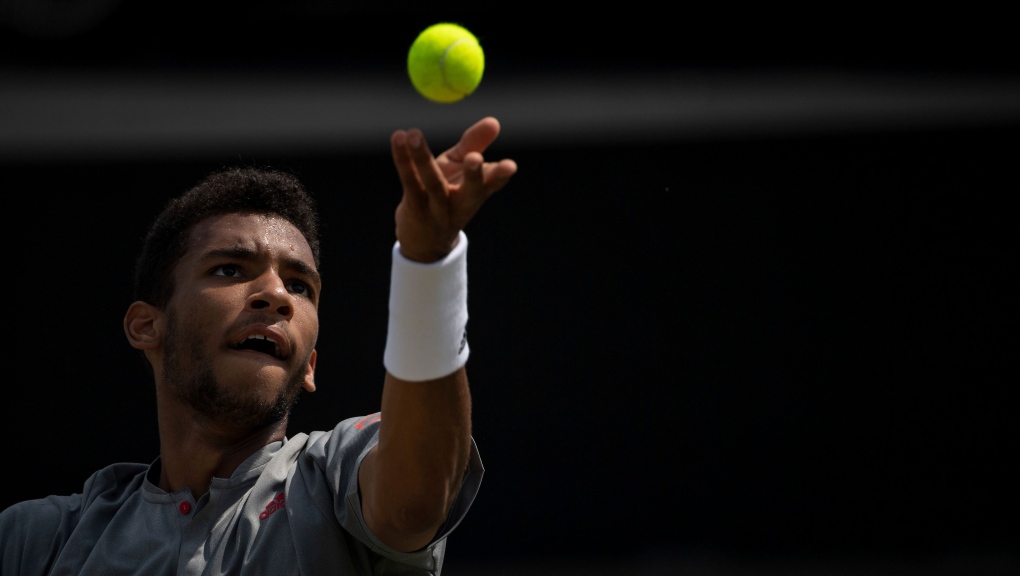 Felix Auger-Aliassime of Canada serves the ball during his semi final match against Sam Querrey of the United States at the ATP tennis tournament in Stuttgart, Germany, Saturday, June 12, 2021. (Marijan Murat/dpa via AP)

HALLE, GERMANY -- Canada's Felix Auger-Aliassime is heading to the semifinals of the Noventi Open.

The Canadian won 93 per cent of points when he got his first serve in (28-of-30) and saved the lone break point against him.

Auger-Aliassime, ranked 21st in the world, converted on all three of his break-point opportunities against the world No. 75.

Auger-Aliassime will face the winner of a match between France's Ugo Humbert and American Sebastian Korda in the semifinals on Saturday.

The Canadian's run at the tournament included a win over Swiss legend Roger Federer in the second round.

This report by The Associated Press was first published June 1, 2021.