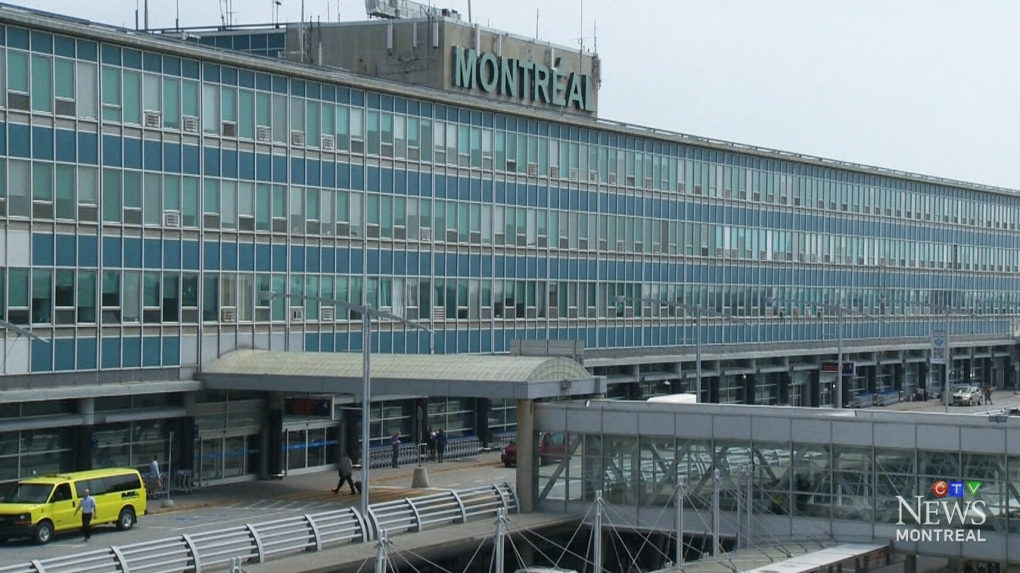 The corporation responsible for Montreal's airport - Aéroports de Montréal (ADM) - will need an injection of capital when air traffic returns to normal, or the "structure will break down," warned president and CEO Philippe Rainville in a speech to the Canadian Club of Montreal on Monday.

"ADM's infrastructure was already inadequate to meet demand before the pandemic," said Rainville.

Some work was done during COVID-19, but not enough to set it up for the future, he said.

"The not-for-profit organization was forced to put all projects to add capacity on hold for financial reasons," he said.

"Our teams took advantage of the lull to upgrade. Unfortunately, our coffers were dry and we were limited to maintenance programs."

If the resumption of air traffic happens "too fast" at Montreal-Trudeau International Airport, the current infrastructure will not be able to meet the demand, Rainville said at a news briefing on the sidelines of the conference.

He gave, as an example of projects that need funding, the landing project where traffic was backing up onto the highway due to a lack of capacity in 2019.

He said people will continue to complain if the ADM does not get the funding to fix the problem.

Rainville estimates that it will take "a few billion" to fund the projects.

"I don't want to go crying about getting the money in the public square," he said.

"We got the money for REM. We're taking a break, but it's certain that, in a few years, we'll have to sit down to find a financing solution."

Rainville mentioned the possibility of obtaining capital from private investors to finance the various infrastructure projects in his portfolio.

By judiciously selecting patient capital from an institutional investor such as a pension plan, ADM could raise private capital without having to put financial pressure on travellers or carriers for a return, he believes.

The non-profit organization secured $100 million in funding for the $600 million project. The remaining $500 million will be funded by ADM.

ADM estimates that it will lose between $5 million and $10 million in parking revenue after REM comes into operation.

"We don't get any revenue through a station," Rainville said.

"We do it for the passengers. We do it to reduce the carbon footprint. We assume that passengers think like we do, that bringing the REM to the airport is the right thing to do."

This report by The Canadian Press was first published in French on Nov. 29, 2021.

Beto O'Rourke confronts Gov. Abbott on shooting: 'This is on you'

A news conference about the shooting at a Texas elementary school broke into shouting Wednesday as Democratic gunbernatotrial candidate Beto O'Rourke blamed Republican Gov. Greg Abbott for inaction ahead of the latest in a long string of mass shootings in the state.

'Not parent expected': When a DNA test brings distressing results

While genealogical DNA tests may be marketed as harmless and exciting way for people to learn more about their ancestral heritage, CTVNews.ca speaks with a Canadian researcher who says more support is needed for those who get unexpected results that have potential to disrupt family relations.

Later tonight, the six candidates on the ballot to be the next leader of the Conservative Party of Canada will be debating each other in Laval, Que. CTV News will be live-streaming the debate with English translation and offering real-time updates and analysis, and you can follow along.

Johnny Depp called his ex-wife's accusations of sexual and physical abuse 'insane' Wednesday as he returned to the witness stand in his libel suit against Amber Heard.

Governor: Texas gunman said he was going to shoot up school

The gunman who massacred 19 children and two teachers at an elementary school in Texas had warned in online messages minutes before the attack that he had shot his grandmother and was going to shoot up a school, the governor said Wednesday.

Prime Minister Justin Trudeau says his 'heart breaks' for those impacted by the 'horrific' shooting at an elementary school in Texas that killed 21 people on Tuesday.

With Quebec confirming an additional 10 cases of monkeypox identified in the province, the Public Health Agency of Canada says they are monitoring a total of 15 cases across the country.