Montreal reports 66 new cases of COVID-19 on the island, no new deaths again 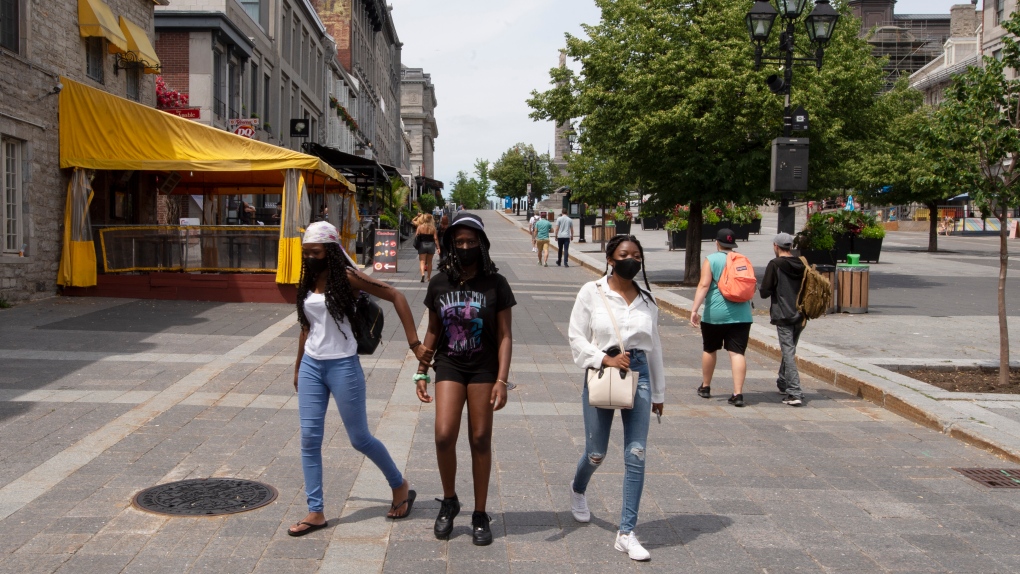 People walk through Place Jacques Cartier, Wednesday, July 22, 2020 in Old Montreal. A coalition of business groups is calling for "urgent action" from all levels of government to save the food service industry amid the economic fallout from the COVID-19 pandemic.THE CANADIAN PRESS/Ryan Remiorz

MONTREAL -- Montreal public health authorities reported Friday that 66 more people have tested positive for COVID-19 on the Island of Montreal in the past 24 hours.

The total number of cases on the island is now 28,340. Only two of the new cases were among people aged 60 and up.

The number of deaths due to the virus, however, remained the same at 3,434 as in recent days where no people have died of the novel coronavirus, according to officials.

Two fewer public retirement homes (RPA) and long-term care facilities (CHSLD) have at least one confirmed case of COVID-19 lowering that total to 42.

The Montreal North borough remains the hardest hit borough on the island with 2,592 confirmed cases though it increased by just three cases Friday. Montreal North's 3,077 per 100,000 remains the highest incidence rate in Montreal.