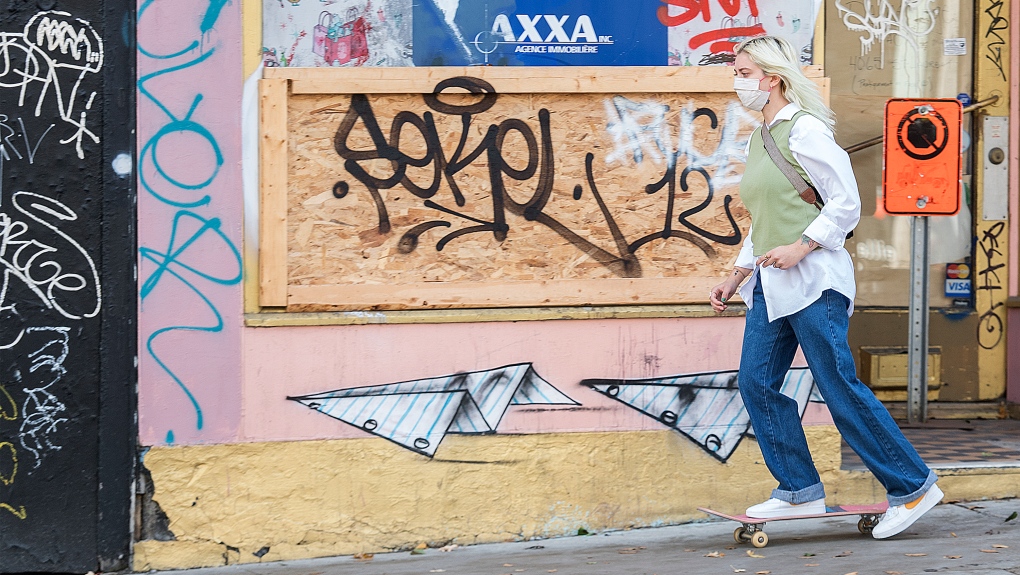 A woman wears a face mask as she skateboards by a closed down store in Montreal, Saturday, October 24, 2020, as the COVID-19 pandemic continues in Canada and around the world. THE CANADIAN PRESS/Graham Hughes

MONTREAL -- Montreal public health authorities reported Saturday that 253 more people have tested positive for COVID-19 in the past 24 hours.

The total number of positive cases on the island since the start of the pandemic is now 40,723 or 41 per cent of the total cases in Quebec.

There were no new deaths reported in the past 24 hours, and the total number of deaths due to COVID-19 on the island remains 3,514.

Montreal's numbers have remained between 198 and 294 for the past week, and the City of Montreal's executive committee renewed the state of emergency for the urban agglomeration Saturday for a period of five days.

The urban agglomeration council adopted a bylaw by amending the Civil Protection Act that will allow the committee to renew the state of emergency for five days at a time until Nov. 19.

"This way, Montreal can extend its state of emergency without requiring an urban agglomeration meeting every time," a news release from the city reads.

The local state of emergency was first declared March 27, and grants exceptional powers to deal with the health crisis.