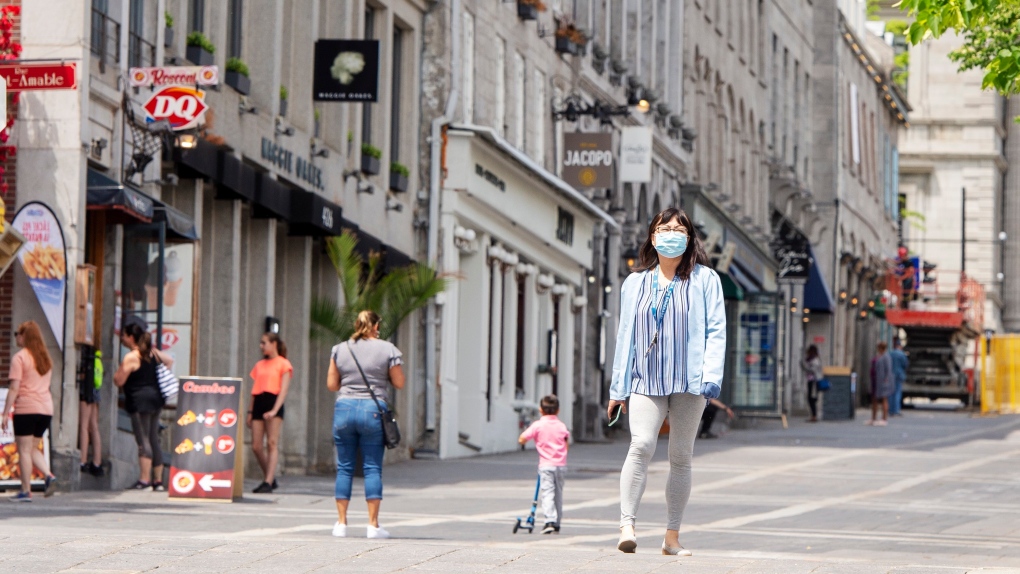 People walk past closed restaurants and bars in Old Montreal Thursday June 4, 2020 in Montreal. The government is reportedly allowing reopening the bars and restaurants next week.THE CANADIAN PRESS/Ryan Remiorz

MONTREAL -- The City of Montreal's number of new COVID-19 cases dropped below 100 for the second time in as many days Saturday.

The city's public health authorities announced that 97 more people are confirmed to have the virus bringing the total number of cases to 26,122 in the metropolis.

Officials also announced that 15 more people have died of the virus, which is less than half of the number released Friday. Of those deaths, 14 were over 80 years old, and one was over 70.

The hardest hit borough remains Montreal North, which has 2,430 confirmed cases. The borough's 216 deaths, however, are the fourth highest, with Mercier-Hochelaga-Maisonneuve (349), Ahuntsic-Cartierville (325) and Cote-des-Neiges-Notre-Dame-de-Grace (235) reporting the most deaths due to the virus.