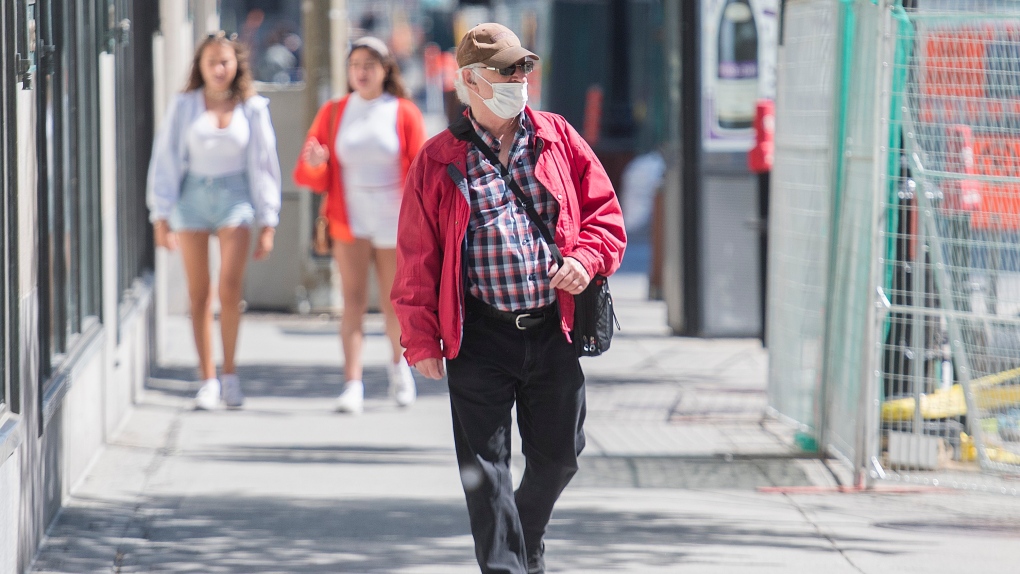 A man wears a face mask as he walks along a street in Montreal, Sunday, June 14, 2020, as the COVID-19 pandemic continues in Canada and around the world. THE CANADIAN PRESS/Graham Hughes

The daily increase in cases has not exceeded 100 since June 6.

The hardest hit health and social services centre (CIUSSS) remains in the east where 8,354 people have tested positive and 938 patients have died.