Montreal Pride parade organizer Simon Gamache admits that they messed up when they cancelled the event at the last minute Sunday.

Gamache said he was made aware at 8 a.m. that they did not have the resources to go ahead with the signature event of Pride week that draws thousands to Montreal's downtown core.

"It's totally on our part that the mistake happened," Gamache told CTV News Channel Sunday. "We did not request all the resources we needed for today."

The biggest issue, he said, was that they "didn't plan appropriately to deliver the parade."

To hold a proper parade, organizers needed about 200 volunteers, and they were missing around 80, a third of what they needed.

Disappointment, surprise and confusion swirled through Montreal after the parade was cancelled hours before it was set to start.

Event organizers posted a tweet just after 9 a.m. that due to "lack of sufficient personnel to ensure security along the route" the parade was cancelled.

Montreal Mayor Valerie Plante said in a news conference that she was frustrated and disappointed.

Plante has walked in past Pride parades and was planning to join the event on Sunday.

"If we had known that there was a shortage of staff, or even anything, we would have put the energy into it," said Plante.

Celeste Trianon organized the Montreal Trans March on Saturday and is "beyond disappointed" that Pride Montreal's signature event was cancelled with no notice.

"I was not expecting the trans march to become the only Pride march in the Montreal region," said Trianon. "It was completely non-transparent on their end. If they did a public call for volunteers, it might have gone better."

Gamache said organizers have been struggling all week to find volunteers and staff to run events.

"From one hour to another, we've had to find people," he said.

Trianon said the Saturday march saw record numbers show up to take in the event, and many more were expected for Sunday's parade.

Montreal Pride added in the tweet that festivities will continue at Olympic Park at 2 p.m. on Sunday, an hour after the parade was scheduled to start.

Pop-up parties sprung up along Ste. Catherine St. for those still wanting to celebrate. 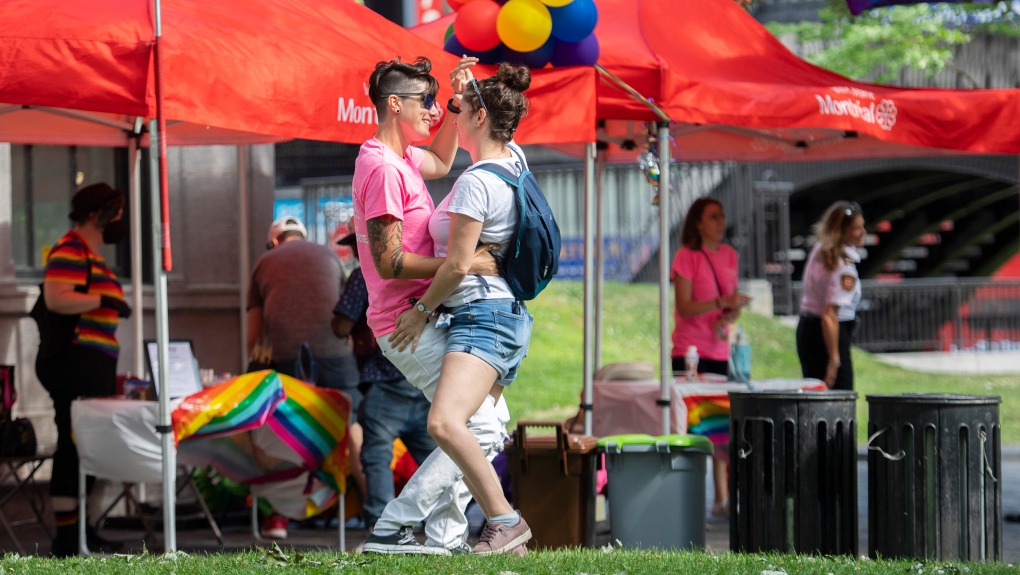 Florence, left, and Billie dance at the site where the Montreal Pride parade was supposed to start from in Montreal, Sunday, August 7, 2022. Festival organizers cancelled the parade over concerns for security due to the lack of staff. THE CANADIAN PRESS/Graham Hughes

Gamache said they hope to make an announcement this week to organize something very fast.

The 2.9-kilometre parade along Rene-Levesque Blvd. in Montreal's downtown core was going to be the first full parade since 2019.

The Montreal Pride Parade route on Sunday at 1 p.m.

Last year, a smaller celebration was held due to the COVID-19 pandemic.

The celebration of LGBTQ2S+ life and culture is one of the most popular in North America and typically draws thousands of participants, celebrities and politicians.

The City of Montreal set up what was supposed to be its parade float in Dorchester Square with a DJ, entertaining the disappointed people who came out for the parade. 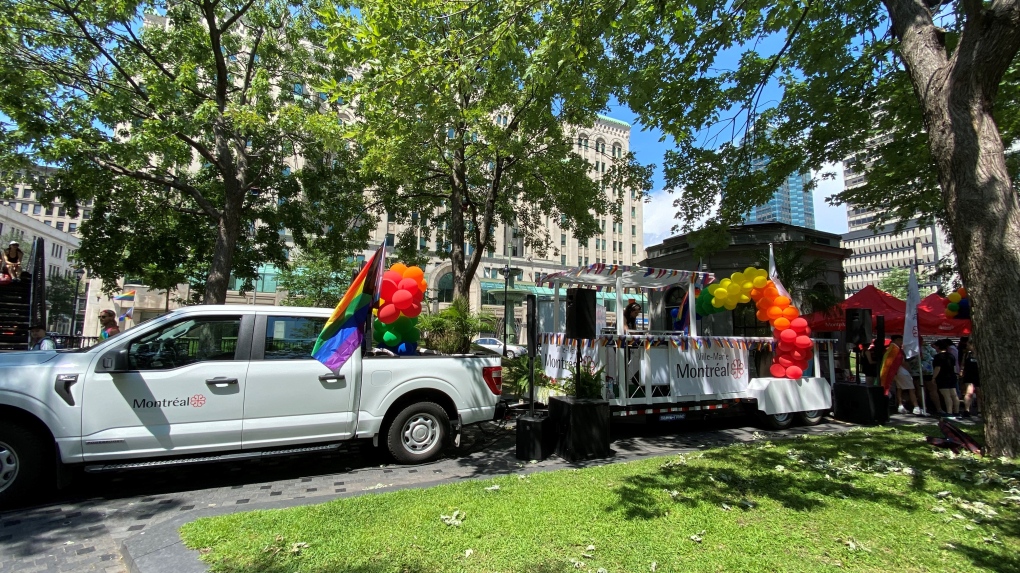 The City of Montreal's parade float is set up in Dorchester Square playing music after the Pride parade was cancelled. SOURCE: John R. Kennedy