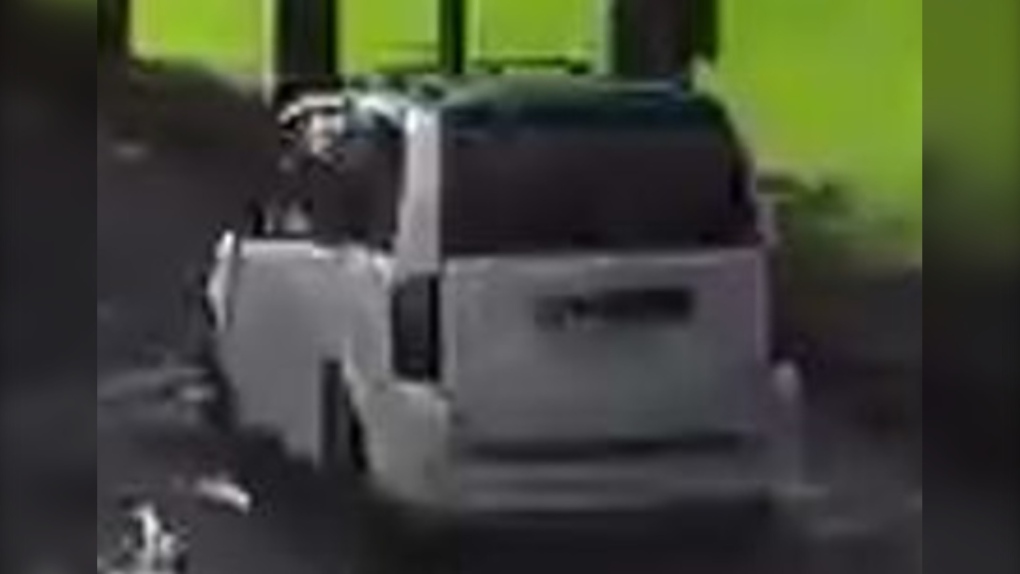 The Montreal police are looking for the driver of this Dodge Caravan that was involved in a hit-and-run that seriously injured an 81-year-old woman. SOURCE: SPVM

MONTREAL -- Montreal police are setting up a command post on Wednesday in hopes of finding out information on a fatal hit-and-run.

On Aug. 31, an 81-year-old woman was struck crossing the street near 5300 Sherbrooke St. E between Assomption and Viau Blvds. The driver fled the scene without providing any assistance.

The victim died in hospital a few days later.

Police say they are looking for a white man in his 50s with a slim build and white or blond hair. He was wearing a cap at the time of the collision.

The vehicle was a 2008-2011 white Dodge Grand Caravan van. Police say the driver's side mirror and fender could be damaged, as could the front bumper. The underside of the car might also be rusted.

Police say a reward of up to $2,000 is on offer for anyone with information that could lead to the arrest of the individual related to this event.

Investigators are asking anyone who witnessed or believe they have information related to these events to come forward.

Anyone with information can also reach out to investigator Geneviève Nantais at 514-280-3368 or at genevieve.nantais@spvm.qc.ca.