A man in his 40s is fighting for his life and a 14-year-old boy is suffering stab wounds in multiple, unrelated stabbings that kept Montreal police officers busy on a remarkably violent Tuesday.

In all, officers were called to three separate stabbing calls — as well as one shooting — within the span of nearly four hours.

The first stabbing was reported to police at 4:30 p.m. after an altercation involving multiple people near the intersection of Galeries d'Anjou Boulevard and Marie G Lajoie Avenue, in the city's Anjou borough.

Véronique Comtois, a spokesperson for the Montreal police, said a 14-year-old boy was stabbed in the upper body with a sharp object during the altercation and was sent to hospital. The boy's injuries are not believed to be life-threatening.

No arrests have been made and the investigation is ongoing.

About 15 minutes later, officers were called to another report of a stabbing, this time in the Park Extension neighbourhood, where police were alerted to a man with a machete. Police allege the suspect walked into a cafe on Jean-Talon Boulevard West, near Wiseman Avenue, and stabbed a man inside.

The victim, a 42-year-old man, was rushed to hospital. His injuries are also not considered life-threatening.

A 29-year-old suspect was arrested shortly after the incident and is set to meet with investigators.

A third stabbing, reported to police around 8 p.m., happened on Saint-Marc Street and Maisonneuve Boulevard West. In that case, there was a fight nearby that led to the stabbing of a 42-year-old man. He was rushed to hospital in critical condition.

No arrests have been made, but the investigation continues.

Officers were kept busy as another serious call came in at 5:30 p.m. for a report of a shooting. 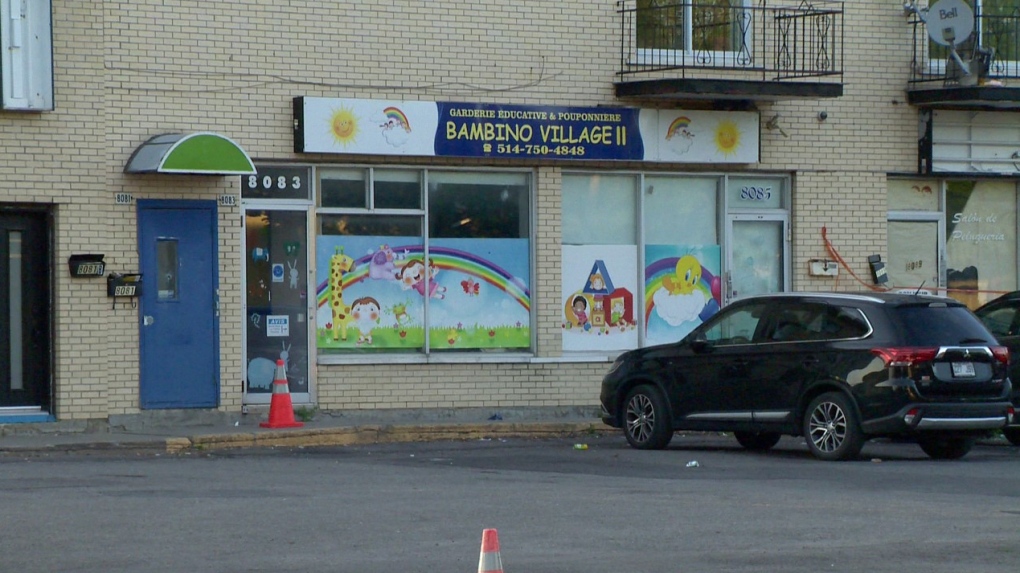 The Bambino Village daycare on Andre Ampere Avenue was hit with bullets during a shooting on Tuesday, May 24, 2022. (Cosmo Santamaria/CTV News)

Police found bullet holes in a vehicle and in the window of the Bambino Village daycare on André Ampère Avenue. 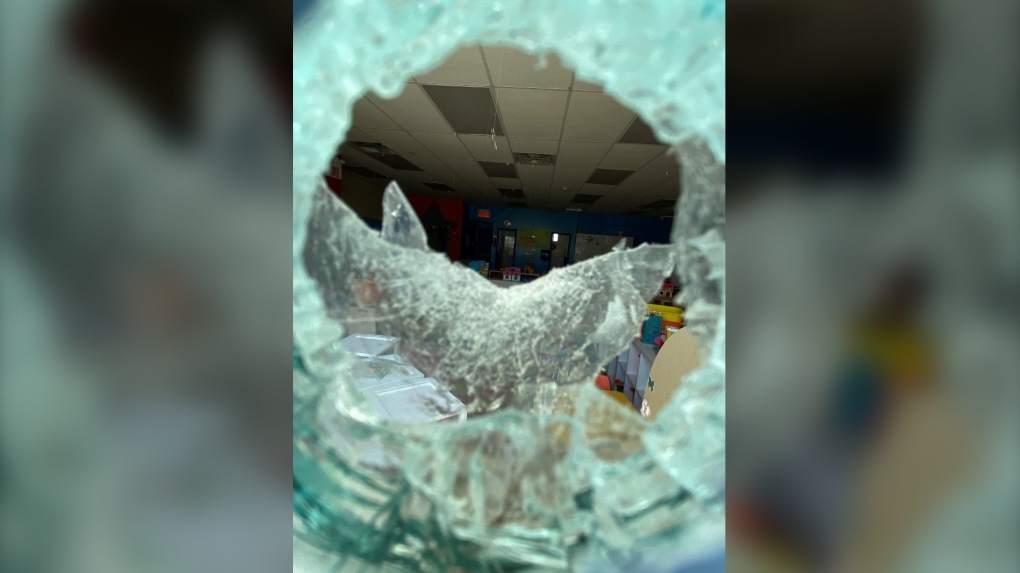 The window to the Bambino Village daycare is shattered by a bullet from a shooting while the facility was empty the night of Tuesday, May 24, 2022. (Iman Kassam/CTV News)

There were no reported victims from the shooting, which is still under investigation.