Montreal police on bicycles arrest fugitive on American 10 most wanted 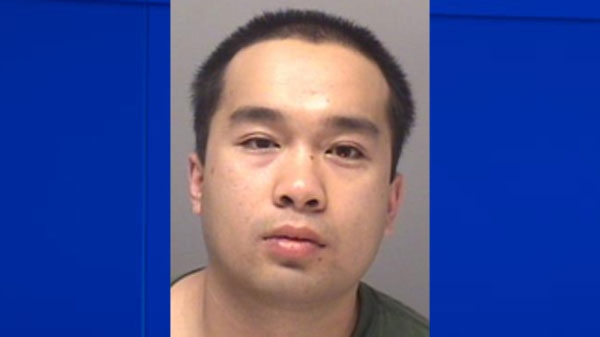 Khaophone Sychantha, 35, has been wanted in Michigan since 2005. (Photo: U.S. Immigration and Customs Enforcement)

A man who was among the United States Department of Homeland Security’s 10 most wanted people was arrested in Montreal by patrollers on bicycles last week, according to the SPVM.

He was also subject to a Canada-wide arrest warrant and was wanted by Ontario Provincial Police on several drug trafficking charges.

A $25,000 reward was being offered by U.S. Immigration and Customs Enforcement for information that led to his arrest.

Sychantha was arrested on Aug. 23 when two police officers on bicycles were patrolling a bike path in Ville St-Laurent near the Bois-Franc train station. The officers were in the process of arresting two men for drug possession when one of them fled. A foot chase ensued and the man was arrested.

The suspect identified himself as an American citizen but attempts to verify his identity were unsuccessful. He was taken to a police station where fingerprint records identified him as Sychantha.

Sychantha appeared in court on Thursday, where he was charged with possession of drugs, obstructing police work and using counterfeit documents. Police said he will be handed over to the OPP to face charges in Ontario and may be subject to extradition to the U.S.

U.S. Immigration and Customs Enforcement says Sychantha, who was born in Laos, is suspected of running an organization that has supplied ecstasy pills and marijuana to distributors in Michigan, Ohio, Illinois, Massachusetts, Georgia and New York.

The wanted poster for Sychantha on the ICE website warned that Sychantha had a history of violence, had allegedly made threats against several law enforcement officials, and should be considered armed and dangerous.