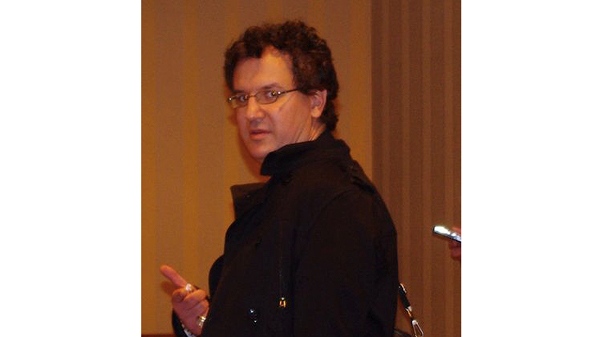 Montreal police announced an arrest has been made in the so-called "Mabus" case of a man making death threats online.

The police have been inundated with complaints from around the world regarding the man, and made a public plea last week for people to stop sending complaints because an investigation is underway.

The threats often come from someone using the pseudonym "David Mabus," but he is widely believed to be Dennis Markuze, 36, a St-Laurent man. He also uses the screen name Hebert Marxuxe.

Police did not announce who they arrested and said no further details would be provided as the investigation is ongoing.

Complainants say that he creates accounts on Twitter or on message boards then starts insulting, harassing, and threatening atheists, scientists, and journalists with profanity-laden messages telling people that they will be executed and subjected to the judgement of God.

In October 2010, Markuze showed up at the Atheist Alliance International conference in Montreal, where he was recognized and challenged by attendees before he left.

Someone identifying himself as Markuze then went online to the Humanist Canada website and wrote: "believe me, the only reason the photo is available is because I WANTED IT OUT THERE.... actually it is quite a flattering photo of me: With finger cocked and pointing, I say "And I gotta take out these idiots!"

Last week, nearly 5,000 people signed a petition calling on police to investigate reports of death threats. Each signature resulted in an email to police.

Kyle VanderBeek, a San Francisco man who started the petition, says the threats are disconcerting and he wanted to act now instead of waiting for things to escalate.

VanderBeek says while testy exchanges are common online, alleged threats of decapitations, executions and genocide are not.