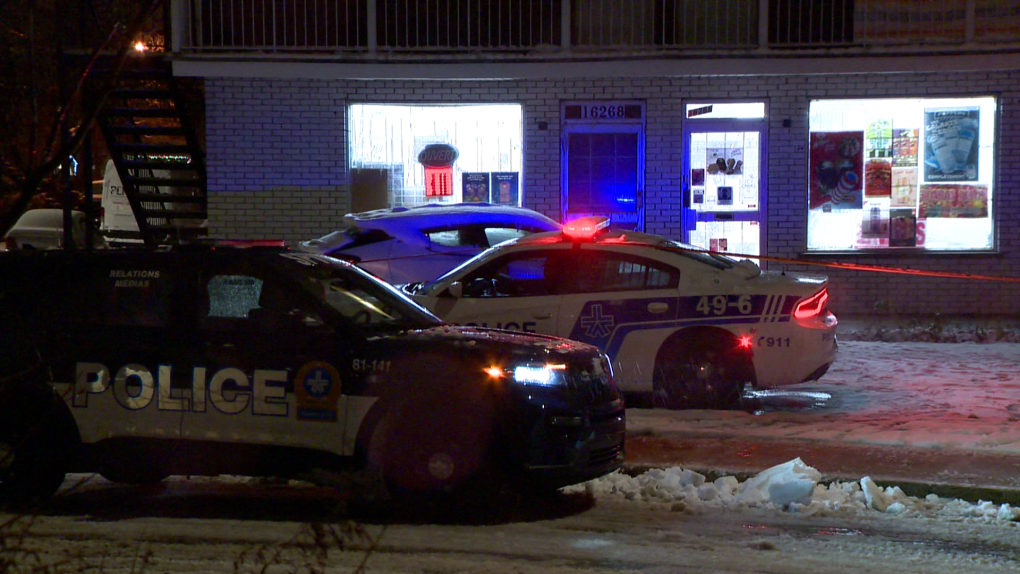 A young woman was stabbed at a depanneur where she works on Sunday night / Cosmo Santamaria, CTV News Montreal

MONTREAL -- A young depanneur employee was stabbed at her workplace during an altercation with two suspects on Sunday night in Montreal's east end.

Early Monday morning, Montreal police (SPVM) agent Veronique Comtois said the force received confirmation from the hospital that there was no longer any fear for the 25-year-old victim's life.

She had been stabbed in the upper body.

As for the two suspects, who fled the store on foot, neither had been arrested and their physical descriptions were not available in the SPVM's latest update.

The altercation occurred around 8:40 p.m. in the convenience store located on Terrasse Sainte-Maria-Goretti, at the intersection of 96th Ave. in the Pointe-aux-Trembles neighbourhood.

Police were made aware of the event through a 911 call.

This report by The Canadian Press was first published Nov. 23, 2020.