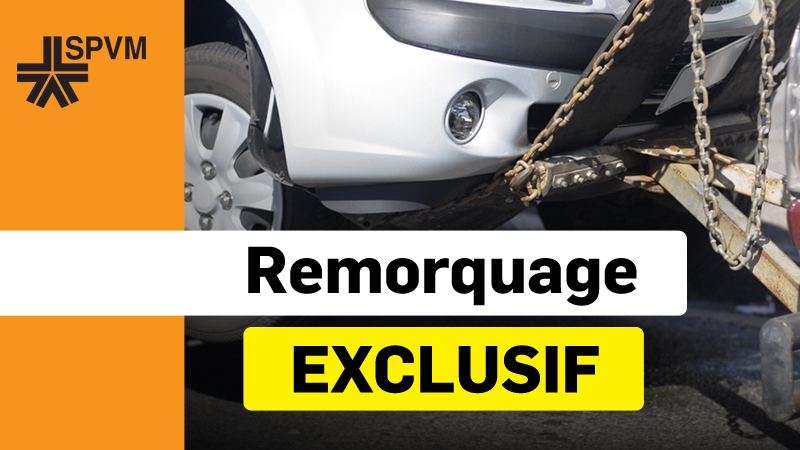 The Montreal police (SPVM) has announced an exclusive towing contract, which will begin July 1, 2021. SOURCE: SPVM

MONTREAL -- Montreal police (SPVM) announced Monday that it is setting up exclusive towing zones on the Island of Montreal1.

As of July 1, drivers on the island will need to use an exclusive towing company, should their vehicle break down or get into an accident and "is blocking traffic or poses a danger," the force stated in a news release.

The rules don't apply to vehicles that have broken down in private or public parking lots, or on provincial highways covered by the *4141 service.

"The implementation of these exclusive towing zones follows recommendations made by the Office of the Inspector General (OIG) in a report released in 2017," the release reads. "The goal is to standardize the rates and towing practices for vehicles that block traffic and are dangerous so that road users can enjoy the same quality service."

The Montreal police website states an officer will be in charge of calling for a tow truck if they are on the scene of an accident. Alternatively, a driver can call 911 to arrange a tow.