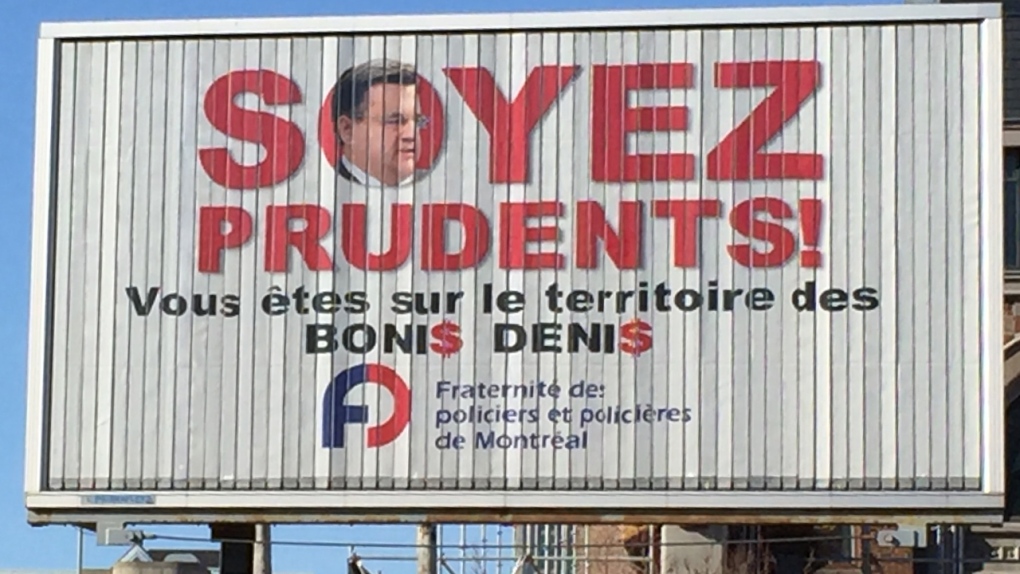 Montreal police officers are using a cheeky message to remind drivers to pay attention to the rules of the road -- and dodge tickets.

It's no secret that Montreal police officers have quotas for traffic tickets.

Now their union, the Police Brotherhood, has put up billboards around town reminding people of the practice.

The brotherhood says the city of Montreal has set the quotas as a method of generating revenue for the city -- and that it's giving managers bonuses if officers meet their ticket goals.

The union, which calls the bonuses for quotas "Denis Dollars," says police officers should not have quotas for driver infractions.

Union president Yves Francoeur says the quota increased in 2009, and remained high ever since.

However the number of tickets handed out by police for bad driving has dropped since 2014.

That marked the start of police arguing with the city and province about changes to their pension plan, but officers say it's just a coincidence since more than 100 officers are now used to control traffic through construction detours.