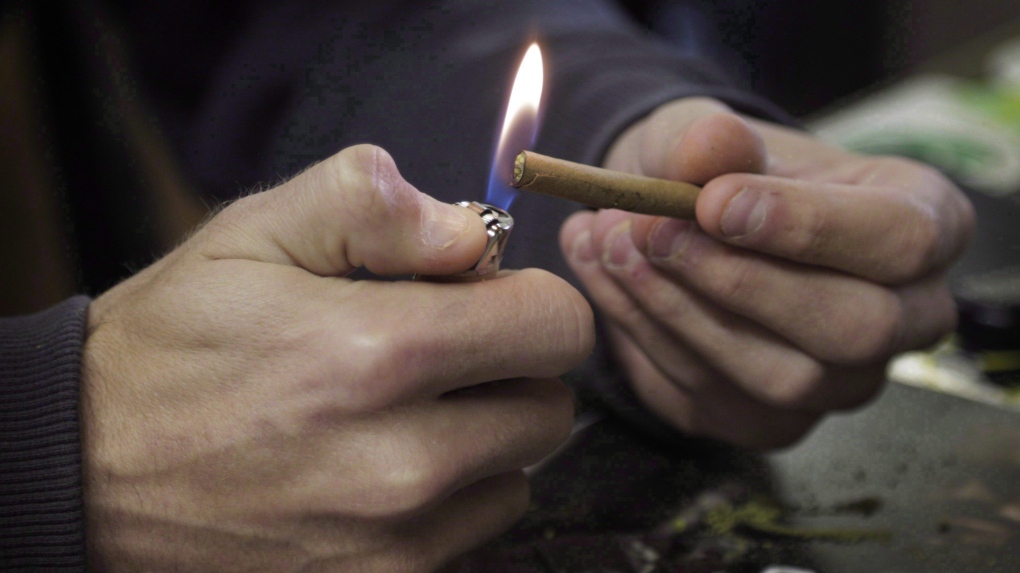 A man lights a marijuana cigarette at on April 25, 2017. THE CANADIAN PRESS/Joe Mahoney

MONTREAL -- Montreal police say they have arrested 12 people in raids on four illegal cannabis dispensaries in the city.

The Service de police de la Ville de Montreal said the arrests were the culmination of an investigation that started with a tip in March of 2019 that a local cafe - Cafe Amsterdam on Queen Mary Rd. - that had billed itself as a private club for users of medical marijuana, but was allegedly selling cannabis and cannabis-derived products such as cookies, brownies and gummies.

Police said the 15-month investigation led to the raids this week at Cafe Amsterdam as well as three 710 CRC outlets, on Sherbrooke St. W. downtown, on Saint-Viateur St. W. in the Plateau-Mont-Royal borough and on St-Charles Blvd. in Pierrefonds.

Police said the 12 people arrested face several criminal charges. All were released and will appear in court at a later date, police said.

Investigators said they seized about 5 kg of cannabis, 200 grams of hashish, a large amount of cannabis-derived edibles and products such as oils and creams.

In its announcement of the arrests, the SPVM said it wants to remind Montrealers that the only legal way to buy cannabis in the city for recreational use is at the Quebec-run SQDC outlets or its online arm.