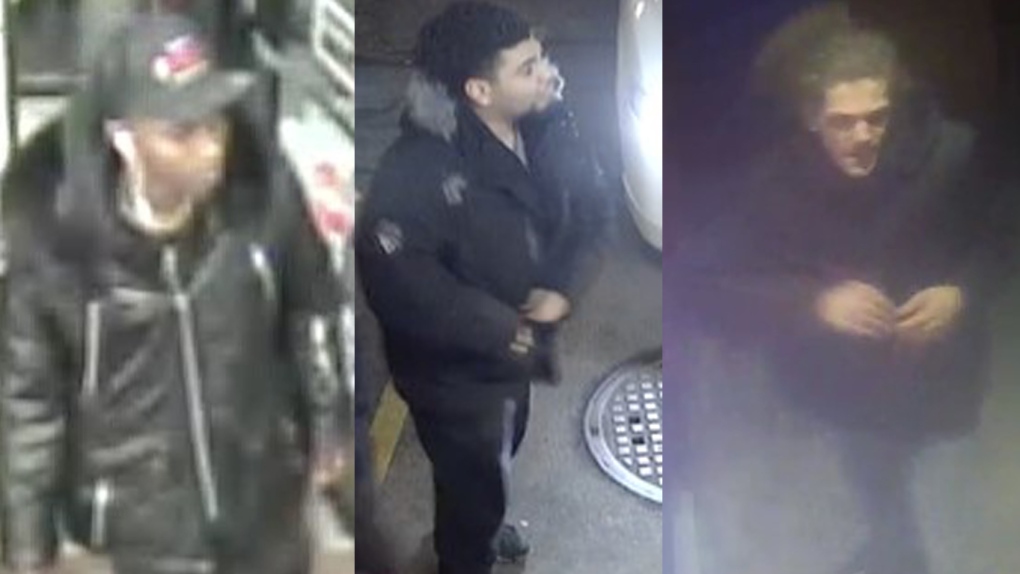 MONTREAL -- Montreal police are asking for the public's help in identifying three people they say are linked to an assault with a knife that occurred on Nov. 26, 2019 in Ahuntsic-Cartierville.

The incident happened at 7 p.m. on Henri-Bourassa Boulevard West near Bois-de-Boulogne Avenue. Police say a conflict between two groups of people escalated, and one person was stabbed several times. Of the five suspects, three individuals still need to be identified.

Anyone with information that could help investigators can call 911, go to their local police station or reach out anonymously and confidentially with Info-Crime Montreal at 514-393-1133 or online.