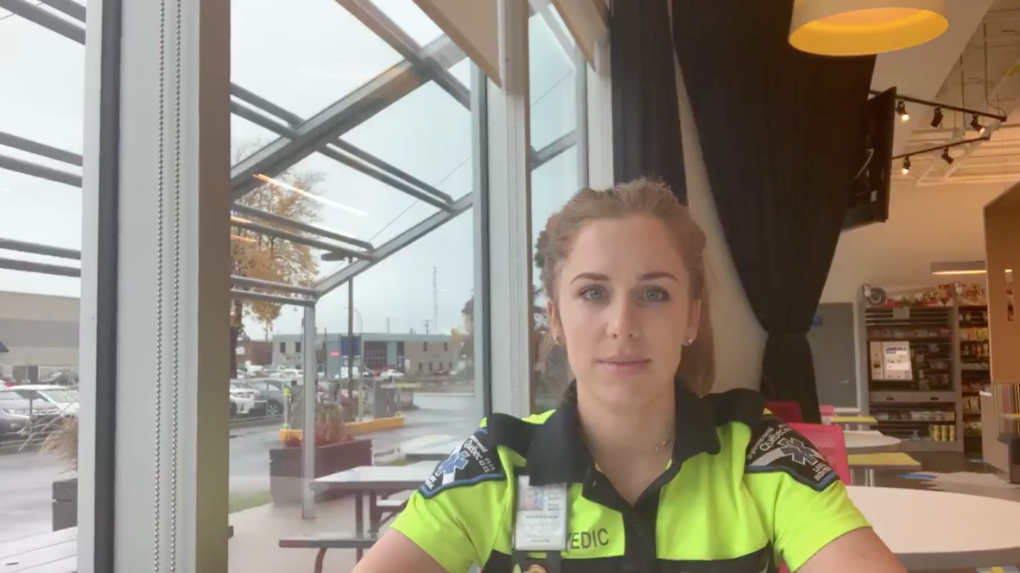 MONTREAL -- A paramedic in Montreal is urging people to take COVID-19 seriously.

In a video posted to Urgences-Sante's Twitter page, paramedic Rachelle Aubichon details her experience with the disease and the lasting impacts it has had on her health, six months after she contracted it.

Aubichon says she tested positive for COVID-19 on March 28 after ticking all the boxes for symptoms: a throat ache, sore lungs, a rough cough, a runny nose without congestion, soreness in her muscles that lasted more than a week and a fever that spanned 48 hours.

She then lost her sense of taste and smell.

"It took three weeks before it came back 100 per cent," she said. "Then, three months later, I lost some of my hair."

Aubichon said she went back to work after her quarantine was over and she had tested negative, but still didn't feel like she had recovered completely.

"Six months later, I'm at 95 per cent of my capacity in terms of training," she said. "So, I still haven't come back to my normal."

Aubichon pointed out that she contracted the disease and experienced lasting symptoms despite eating and sleeping well and leading a generally healthy lifestyle.

"Take this seriously, I don't want to have it a second time," she added.