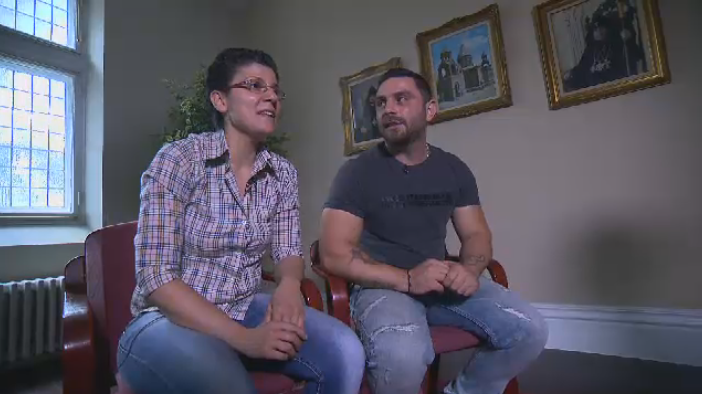 Ani Mardiros had snipers firing inside her home in Aleppo. Avo Koushkerian’s uncle died in a bomb blast before his eyes. Both are now in Canada, brought her with the help of Quebec organization Hay Doun.

They work quietly, with one employee, and a small army of devoted volunteers -- based in Outremont, the Quebec group Hay Doun has helped bring more Syrian refugees to Canada than any other organization in the country. It also offers help to Syrian families who fear for loved ones they've left behind.

Elizabeth Hampartzoumian says her husband was kidnapped, gone for 23 days. His captors demanded a ransom payment.

“’If you don't pay we will send the head of your husband,’” she says they told her.

Ani Mardiros talks of sniper fire inside her home in Aleppo, the shooters running toward her as she sat on her balcony. Avo Koushkerian’s uncle died in a bomb blast before his eyes.

They all fled to Beirut and eventually found sanctuary in Canada in the last 10 months, thanks to Hay Doun.

President Nayiri Tavlian said the organization got its start six years ago.

“We are in the Armenian diocese of Canada and the bishop came to us and asked us if we could help Iraqi refugees to come to Montreal. … “We said of course, how could we not help?’” she said.

They signed a collective sponsorship contract with the Quebec government and soon after began to receive a flood of calls from Syrians.They’ve helped more than 600 families so far, funded by private donations.

The volunteers say the first words they hear when refugees arrive are often "Thank you."

“It's very touching for us to say ‘O.K., you have to rebuild, we'll help you, we'll help you every step of the way.'" said Hay Doun Director Narod Odabasiyan.

Koushkerian has a tattoo inscribed on his arm. It reads “Never give up” – a nod to his fight for a better life.

He and his fellow refugees say they hope Canada won't give up on them, and on the families they left behind.