Montreal mother, 42, has a message after nearly dying of COVID-19: Skip Christmas

MONTREAL -- As Quebecers grumbled, debated and haggled this month over COVID-19 restrictions, especially Christmas rules, Chrissy Fredovitch could only watch.

Quite literally, Fredovitch was lying in the intensive care unit at a Montreal hospital and had a hard time speaking out loud.

Fredovitch, a healthy 42-year-old mother, caught COVID-19 while working as a nurse in training at the Maimonides seniors’ home—one of the first spots in Canada to get the vaccine on Monday, about a month after its second outbreak began.

She only worked at Maimonides for three weeks, her first-ever on-the-ground nursing experience after going back to school earlier this year.

After all the lessons learned in the spring, the outbreak’s relentlessness came as a shock to Fredovitch and her colleagues, who were fully decked out in protective gear and subject to strict rules.

“By the end of my stage, all of my patients had tested positive,” she said. “It just spread like wildfire.”

The next few weeks were an even bigger shock. Fredovitch’s first test, in mid-November, was a false negative. Ten days later, coughing and fighting for breath, she tested positive.

Within three days, she was in the ICU, oxygen pumping into her lungs at low pressure through a nasal contraption.

“At one point they asked me what level of care I would want… at what point would I… if I would want to be put on life support or not,” she said Monday, her voice breaking.

“That was a really awful question to answer, knowing, you know, I have a 12-year-old daughter at home.”

But she was conscious the whole time and sometimes checked her phone. She saw when Premier François Legault tweaked the holiday rules to only two gatherings per person, and then to zero, and the ensuing reactions. 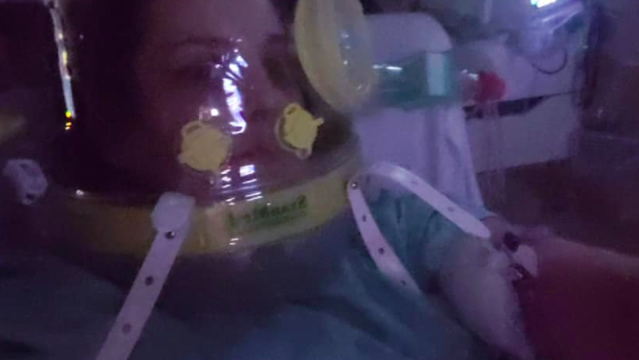 Finally, on Dec. 8, two weeks into her hospital stay, she gathered the energy to take to Facebook herself.

“Very rarely do I post personal stuff on social media. But this morning I feel compelled to share,” she wrote.

“I have not been able to breathe on my own in over 2 weeks. I’m seeing all these posts about Christmas being cancelled, that COVID isn’t real, the government is trying to take away our rights,” she wrote.

“I am amazed at the pictures I see of full shopping centres like nothing is going on.”

If only people could see inside Quebec’s hospitals right now, they would get it, she wrote: the ICUs really are full. Staff are drained.

COVID-19 “is not a joke. It is not a scam, it is not a conspiracy,” she said. “Remember what is truly important.”

While Fredovitch was in the ICU—for 11 days in total, out of 18 she spent hospitalized—she also learned her 12-year-old daughter tested positive, though she never got seriously ill.

A fellow student at Maimonides also ended up in the emergency room, she said. In the last month, 907 Quebecers have been reported dead from COVID-19.

However, people can’t easily see inside the hospitals. In standard protocols, Fredovitch wasn’t allowed visitors. After she wrote on Facebook, a friend responded, "Thank you for this post! We need a sledge hammer to wake up!"

Fredovitch agreed to speak to media from the ICU but she couldn’t, because she wasn’t physically able to speak.

She returned to her home in south-central Montreal on Friday and still talks with obvious effort, pulling in breaths. Doctors have told her she won’t be healthy enough to return to school until February. (She plans to do so, still feeling equally motivated to be a licensed practical nurse, she said.)

It’s understandable that many people need a reminder of how dangerous COVID-19 is, she said—for them, not just for their parents and grandparents. But she’s proof that younger people with no underlying health issues, parents with young kids at home, are also at serious risk from it.

“I’m really healthy, I go to the gym, I used to run marathons,” she said. “I never in a million years thought I would almost die from this.”

Statistically speaking, not many of the 907 Quebecers dead this month from COVID-19 are under 60. It works out to about 20 people in the month.

But with Legault set to announce yet another set of even tighter restrictions, Fredovitch said she wants to “beg people” not to even test their luck. Instead, picture her.

Neither she nor her daughter will ever be able to forget these three terrifying weeks, the longest they’ve ever been apart. Their reunion Friday was “really emotional,” she said.

“Missing one Christmas is nothing compared to a whole lifetime with your family.” 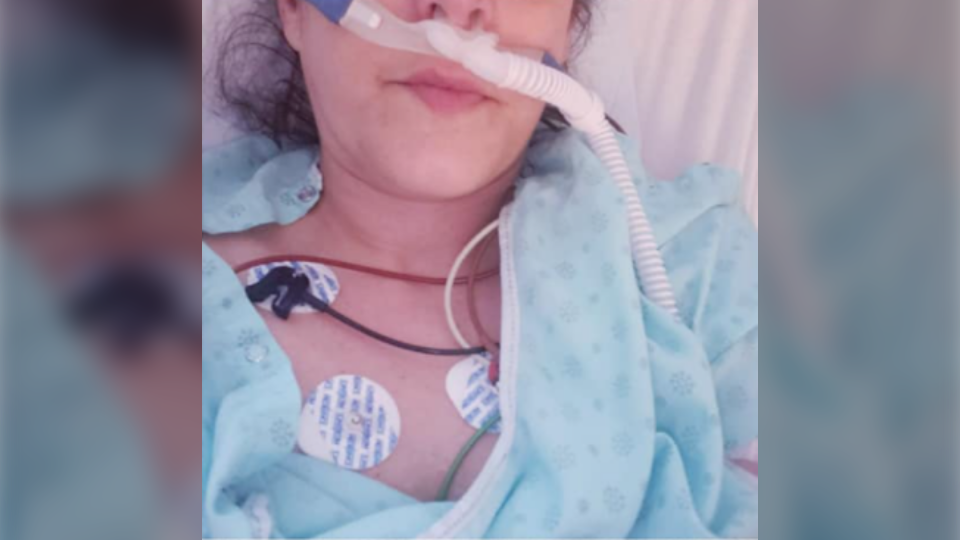