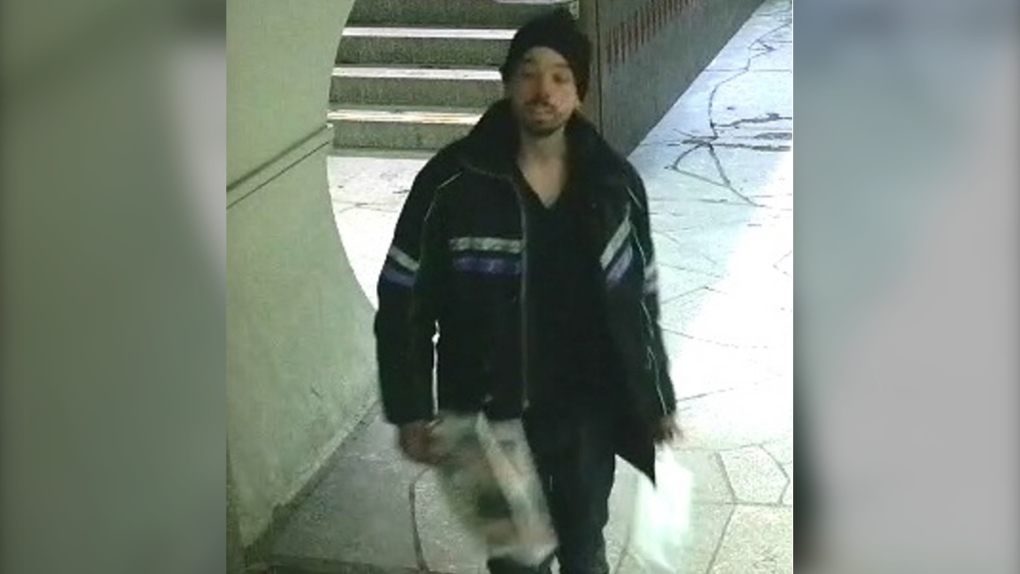 Montreal police released this image of a man suspected of assaulting a woman in Beaubien Metro station on Feb. 13, 2020.

MONTREAL -- Montreal police have released images of a suspect after a woman said she was attacked by a man near the Beaubien metro station.

Police say they received a 911 call about the incident at 9 p.m. last Thursday, on Chateaubriand Avenue in the Rosemont-La-Petite-Patrie borough.

"Officers arrived and located the victim, a 34-year-old woman," said Véronique Comtois, a spokesperson for Montreal police. "She suffered injuries to the upper body and was transported to the hospital, but her life is not in danger."

The suspect is a man between 25 and 35 years old. He is about 5"6' and was wearing a black jacket with white and purple stripes, as well as black pants and a black hat. He wore black shoes with a white sole.

Surveillance footage show the suspect on the metro platform just before the assault. Metro users say they saw him kicking the air and the strange behaviour attracted the attention of several bystanders. 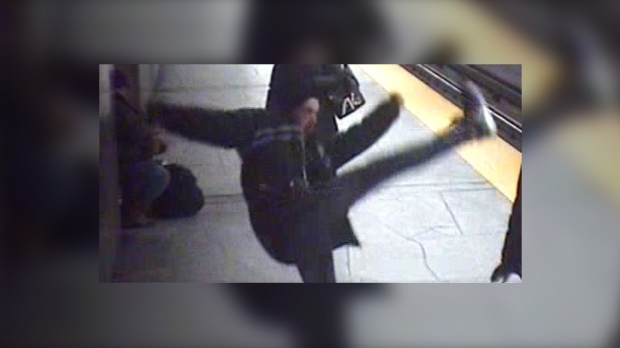 Montreal police released this image of a man suspected in the assault a woman near the Beaubien metro station on Feb. 13, 2020. Police are searching for witnesses to the incident.

Anyone with information is asked to call 911, go to their local police station or anonymously call Info-Crime Montréal at (514) 393-1133.

NOT AN ISOLATED INCIDENT?

Police could not confirm reports in the media that suggest this incident is the latest in a string of attacks across the island.

"We cannot confirm a link for now," Comtois told CTV News. "We are making verifications on this. People will find similarities between their cases, but it is up to us to validate the information."

According to La Presse, two other people have reported being attacked by a man, one in the Plateau-Mont-Royal and the other in Côte-Des-Neiges—Notre-Dame-De-Grâce.

The force insists it is still too early to say if the incidents are related or if the people are being attacked by the same alleged assailant.

"I know there are articles with similar events, but we cannot confirm that they are linked," Comtois insisted.

She noted metro stations are one of the most common places people report being harassed or attack and the force is investigating each incident individually until it is able to determine that there is – or isn't – a concrete link between them.