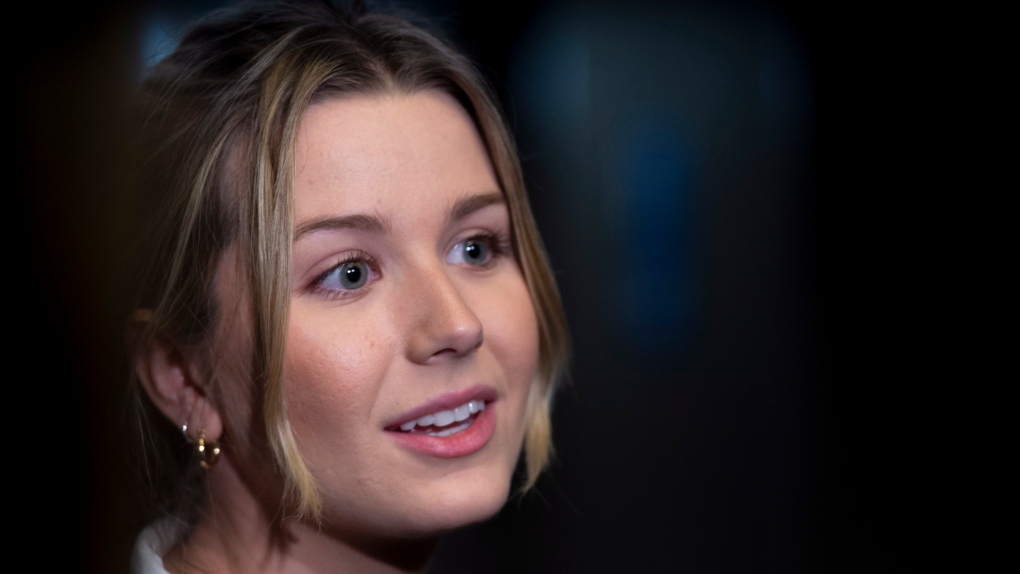 Charlotte Bouchard, sister of tennis player Eugenie Bouchard, answers a few questions from reporters as she leaves the courthouse in a case of criminal harassment towards her by Danny Arsenault in Montreal on Thursday, January 10, 2019. THE CANADIAN PRESS/Paul Chiasson

Within a period of a few months in 2017, Danny Arsenault sent thousands of messages to the young woman, despite her attempts to block him. The Instagram messages ranged from obsessive love notes to vulgar and sexual and even violent, in some cases.

Bouchard, who has 94,000 Instagram followers, testified during the trial that Arsenault’s obsession led her to fear for her safety.

She said she became afraid of strangers when she went out, not knowing if she’d find herself face-to-face with Arsenault.

Arsenault, who refused to be represented by a lawyer, has a history of mental health problems. A court-appointed psychologist said he suffered from cognitive distortions and is unable to take responsibility for his actions or show any empathy for his victim.

Experts also said his psychological state was further affected by his heavy use of cannabis. During the trial, he said it was up to Bouchard to close her social media accounts.

Quebec Court Justice Sylvie Kovacevich even said that Arsenault was incapable of any self-criticism.

"The anonymity of social media allows people to assume that it’s okay to be abusive and inappropriate. But that’s not the case," concluded the judge.

Arsenault testified during the sentencing hearing that he felt he did not have psychological issues, but he agreed to see a psychologist, providing the court found one and paid for it. The judge said he’d have to talk to his probation agent about such details.

Arsenault also bemoaned the fact he was no longer allowed to use a cellphone as part of his bail conditions. He denied he was at a high risk of reoffending and argued for an unconditional discharge, which would have spared him a criminal record.

“Ms. Bouchard is not in danger,” he said. “I’m not angry at her anymore, and I’m no longer against the judicial system. I’m perfectly sane. I’m not the paranoid schizophrenic misogynist I’ve been described [as].”

He blamed the media for blowing his case out of proportion, while repeatedly raising his voice and interrupting the judge.

“I don’t know if you see a sick man in me, but I don’t,” Arsenault told the court.

The judge rejected his call for an unconditional discharge and sentenced him instead to two years of probation.

During that time he must keep the peace, stay off social media, perform 100 hours of community work, and stay away from Charlotte Bouchard and all the members of her family, including her sister Eugenie.